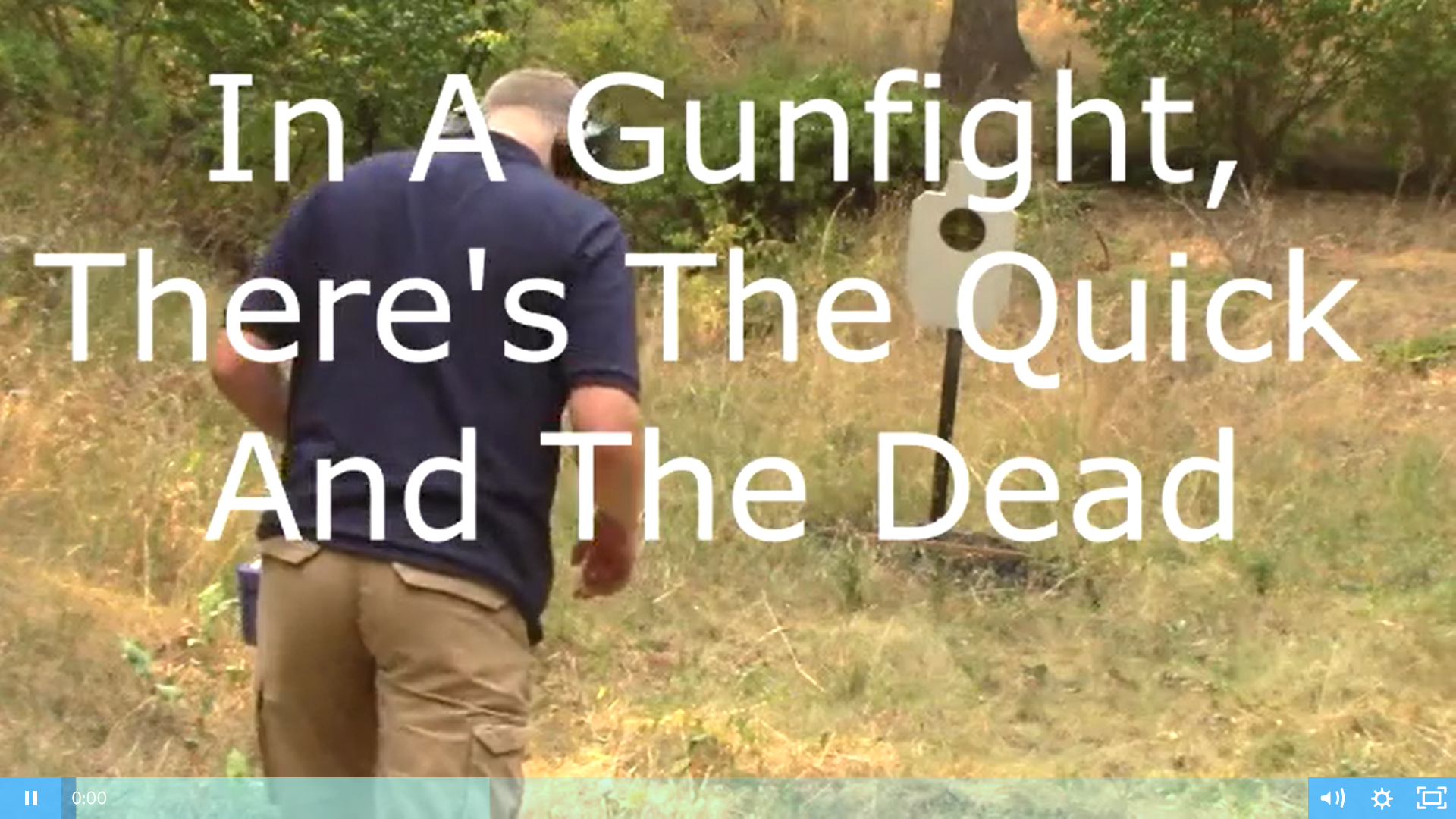 One of the most important rules in a gunfight is to avoid being in the path of incoming rounds. And one of the popular sayings is that you need to “Get Off The ‘x’.” But that’s where bumper-sticker answers do us a disservice and cause us to buy into training myths about shooting on the move.

As an example, some say that you should point your “finger gun” at a friend, have him walk around, and see if you can keep pointing at him. They say that since you can track them with your “finger gun”, then an attacker could track you and moving doesn’t do you any good in a gunfight.

Except that’s a myth–In real gunfights, movement does matter.

A friend of mine is former Army special forces and a current LE trainer in the western states.
He has several cases where students have stepped offline, shot their attacker, and found that the wall or patrol car they were standing in front of had one or more holes in it where they were standing (before getting off the x.)

In addition, I’ve had shooters demonstrate this regularly in force-on-force training. It’s not 100%…but that has to do with the fact that our visual skills change based on stress level and movement and different people process situations differently.
This goes way beyond “tunnel vision,” but in general, the higher the stress level of your attacker, the more movement will help you.

The next myth has to do with how fast you should move & shoot.
Most moving and shooting training deals with slow, controlled movement.
But there’s no one-size-fits-all speed for shooting on the move.

The speed that you should move is dramatically different if you’re behind the curve and responding to an ambush/assault than if you’re on an entry team following a flash bang with speed, surprise, and violence of action on your side.
Clearing a structure = controlled movement

Responding to an assault = get out of the way of the attack ASAP
So, then there’s the 3rd myth…that if you’re moving fast enough to be harder to hit and minimize your exposure time, there’s no way you can make consistent, reliable hits.

Without the right training, that’s correct for 99.99% of shooters. But in today’s video, I’m going to demonstrate how you CAN move at a high rate of speed and still make consistent hits with your carry gun and tell you how you can get the same level of life-saving performance.

You see, we’re going to do a little drill together during the presentations where you’ll get to experience, first hand, one of the biggest reasons why good shooters only hit 15-25% of the time in real-world situations…and I’ll show you how you can flip those odds.
If you’re law enforcement or a law enforcement trainer, neither you nor your department can afford to miss this.

If you’re military, this will show you a step-by-step process to be able to return accurate, effective fire on the move in ambush situations.

And, if you’re a responsibly armed civilian, it’ll show you how to bridge the gap between the flat-footed static shooting most ranges limit you to and the fast, chaotic, dynamic reality of counter-assault shooting.

Seats are limited, so sign up now by clicking >HERE< 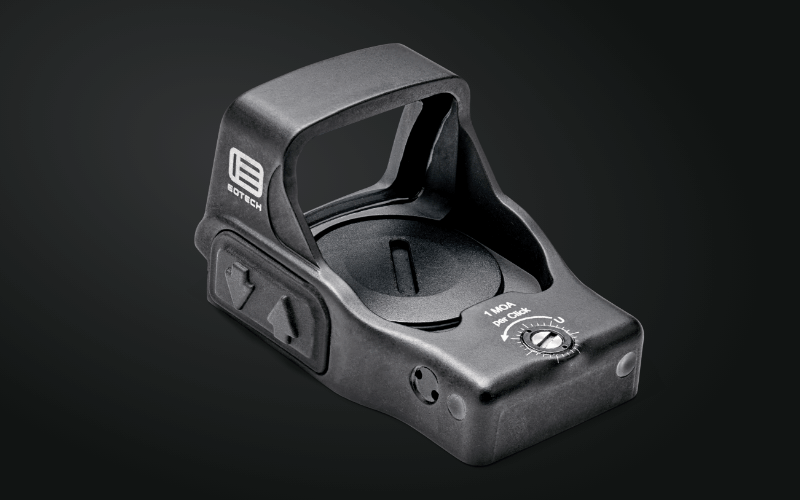 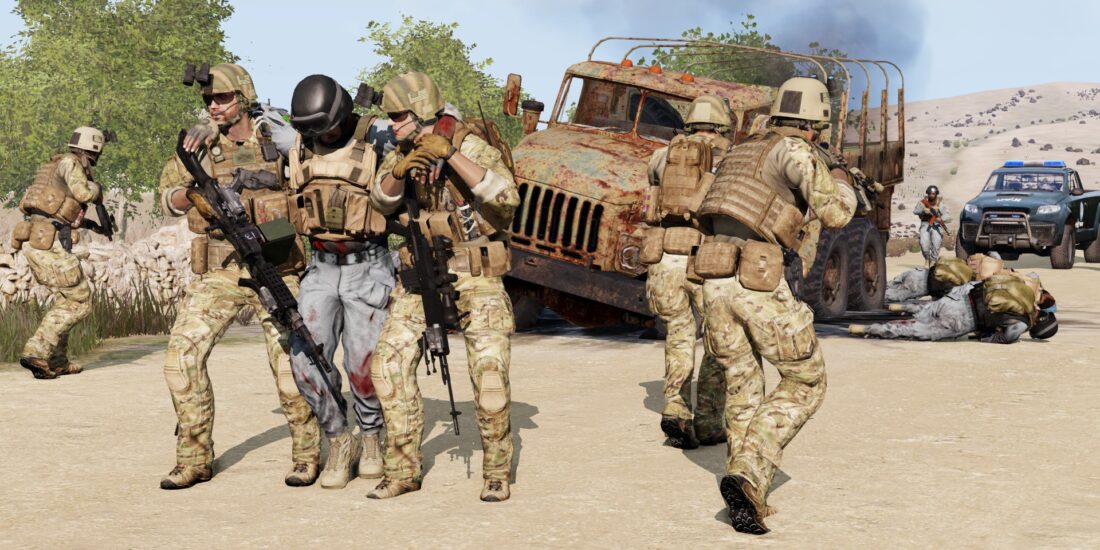 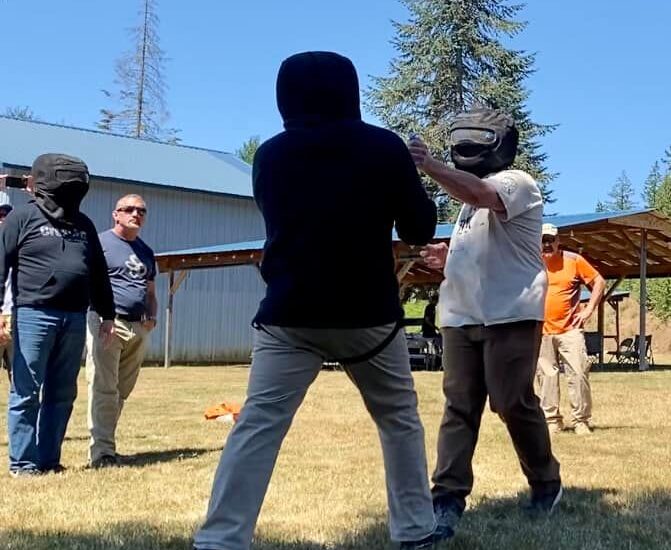