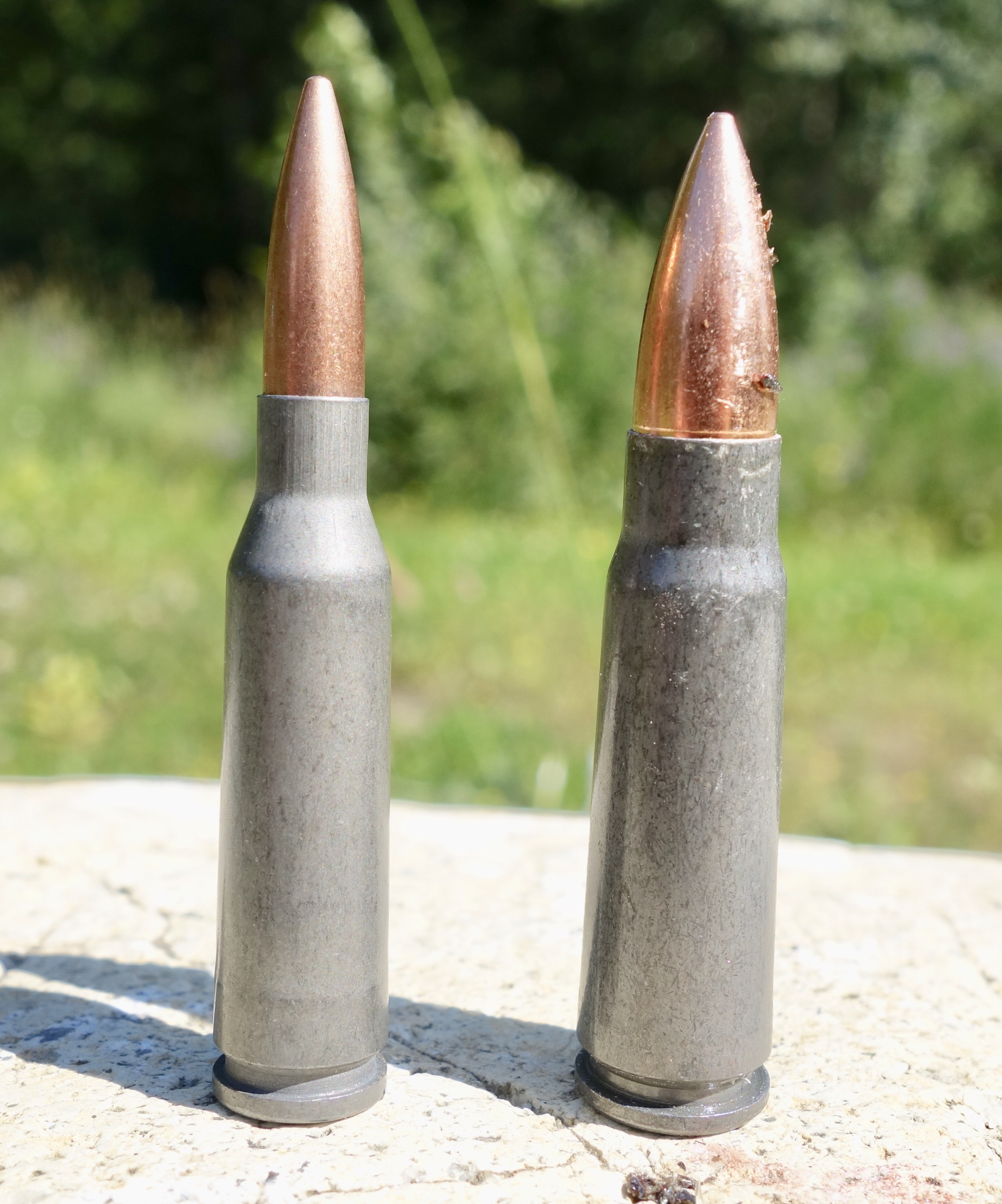 The lineage of the 5.45 x 39mm rifle round that is commonly found in the AK-74 rifles all around the world can in a weird way trace its lineage back to the 5.56 x 45mm that NATO and the United States Military uses. Way back in the 1950’s what was then known as the Soviet Union had a fairly extensive network of spies and moles in almost every aspect of American society. In the years since the collapse of the Soviet Union in 1991 the full extent of the espionage rings are just coming to light. It was through one of these networks that the Soviets learned of the United States development of a new main battle rifle to replace the short-lived Springfield M-14. This new rifle which became the Armalite/Colt M-16 as we know was chambered in the newly developed 5.56 x 45mm cartridge. This apparently made the Soviet Union paranoid that they were missing out as they watched their chief rival adopt an ideology of soldiers carrying smaller, lighter rifles that shot a smaller lighter bullet. This fact also let people carry more rounds per person into combat, and the Soviets were not about to take that fact lying down.

The Process of Design

Over the next decade the Soviets built teams of engineers to try to design a Soviet designed round that would replicate the 5.56 x 45mm in terms of accuracy and ballistics yet still use the AK-47 as its weapons platform. In 1967 the Soviet Union finally came up with a test design and the first 5.45 x 39mm cartridge using the newly devised lacquer coated steel cased ammunition was approved for testing. A few years later the team led by renowned Soviet weapons designer V.M. Sabelnikov had the now infamous and banned from importation “Standard” 5.45 x 39mm cartridge known as 7n6 approved for mass production by the Kremlin.

During this process the new rifle chambered in the 5.45 x 39mm operated and looked almost identical to the standard issue AK-47 which was formally adopted in 1947. So in typical drab plain Soviet fashion for the time the new rifle adopted in 1974 would be known as the AK-74. While not overly original or complicated, the Soviet numbering system was simple and easy to follow. The engineering team behind the AK-74 and 7n6 cartridge didn’t just sit back and rest, they went to work on developing a full complement of other times of ammunition for the newly minted AK-74 rifle. In short time the various design teams had successfully developed tracer rounds (7T3), training rounds (7×4), as well as a reduced velocity rounds (7U1) and blank rounds (7×3). 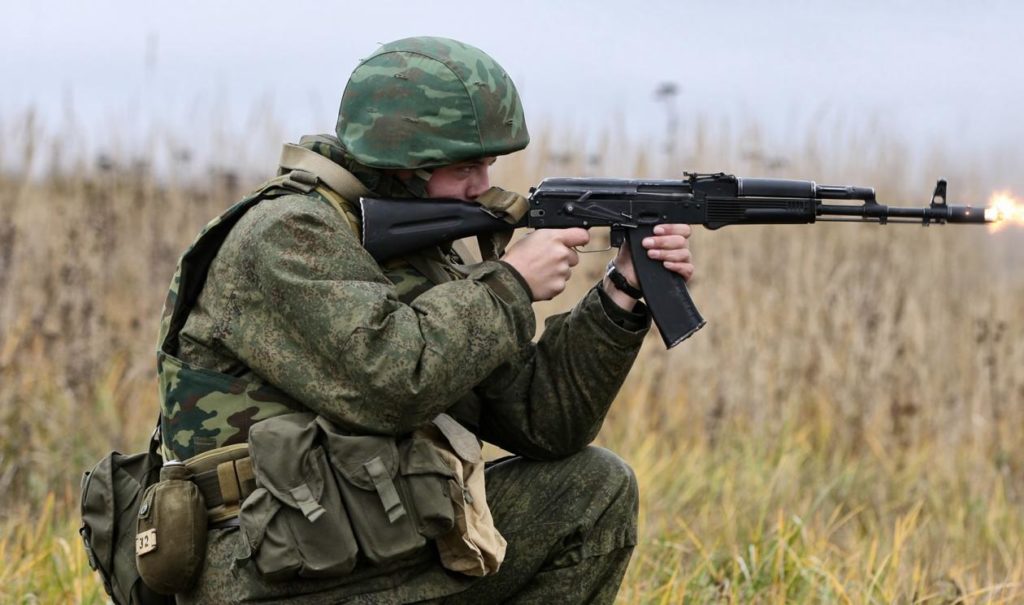 Many people aren’t aware of the differences between the 5.45 x 39mm and the 7.62 x 39mm aside from bullet diameter. I have heard people say that they already own an AK in 7.62 x 39mm and getting one in 5.45 x 39 would make them confuse their ammunition and magazines. As you can see from the above picture, if you have an AK74 rifle you won’t be putting 7.62 x 39mm ammunition into your magazine on accident. Even if you tried on purpose to get one in I think the rules of physics and geometry would stop you.

There is also a common misconception that you can no longer get 5.45 x 39mm ammunition in the United States since the April 7th 2014 ruling from the Bureau of Alcohol Tobacco & Firearms. This is false, the ruling that confuses everyone revolves around the surplus 7n6 / 52.9 grain ammunition that was incredibly cheap and available in the United States. The free market economy has stepped up many manufacturers are producing and importing ample supplies of the round. European companies like Wolf, Tula, Silver Bear, and Barnaul continue to import several varieties and domestic production is ramping up as Hornady is continuing to develop loads in 5.45 x 39 using their V-Max projectiles up to 60 grains.

The 5.45 x 39mm is unknown by some in the firearms community, and until recently it I was aware of the cartridge but never fired any weapon chambered in it. Unfortunately this is the issue that many people have to overcome, or get past their anti-Soviet weapon bias. Over the last few decades we have been taught that any Russian designed firearm was crude and inaccurate. This myth may have truths when the guns are built in hodge podge back alley shops in the Khyber Pass, but not the case with weapons that use quality materials and are properly built.

Imitation is the sincerest form of flattery

When you look at the 5.45 x 39mm and it’s ballistics it really begins to show that the old Soviet Union thought that Eugene Stoner, Earle Harvey and friends were onto something special when they began to tweek the old .222 Remington cartridge, either that or what their spies reported scared them to death. The 5.45 x 39mm generally uses a 52.9 grain bullet that travels at almost 2900 ft per second, which is slightly slower and smaller than the XM193 55 grain 5.45 x45 mm cartridge. The smaller and slower round in many cases depending on the exact bullet composition and atmospheric conditions will stay neck and neck with the 5.56 x45 mm in terms of velocity and bullet drop.

The final form of imitation that the Soviets went after was the creation of higher capacity magazines. When the AK-74 first arrived on the scene it fielded a 30 round magazine like its big brother the AK-47. This was quickly upped to a 45 round magazine that was issued to troops depending on their roles and responsibilities. Keep in mind this was decades before Mag Pul decided to make a 60 round AR-15 magazine, for once the Soviets were trend setters. In 1979 the Soviet Union with its fresh supplies of AK-74’s and other weapons chambered in 5.45 x 39mm invaded Afghanistan and the real world tests of the rifle and cartridge began on a massive scale. 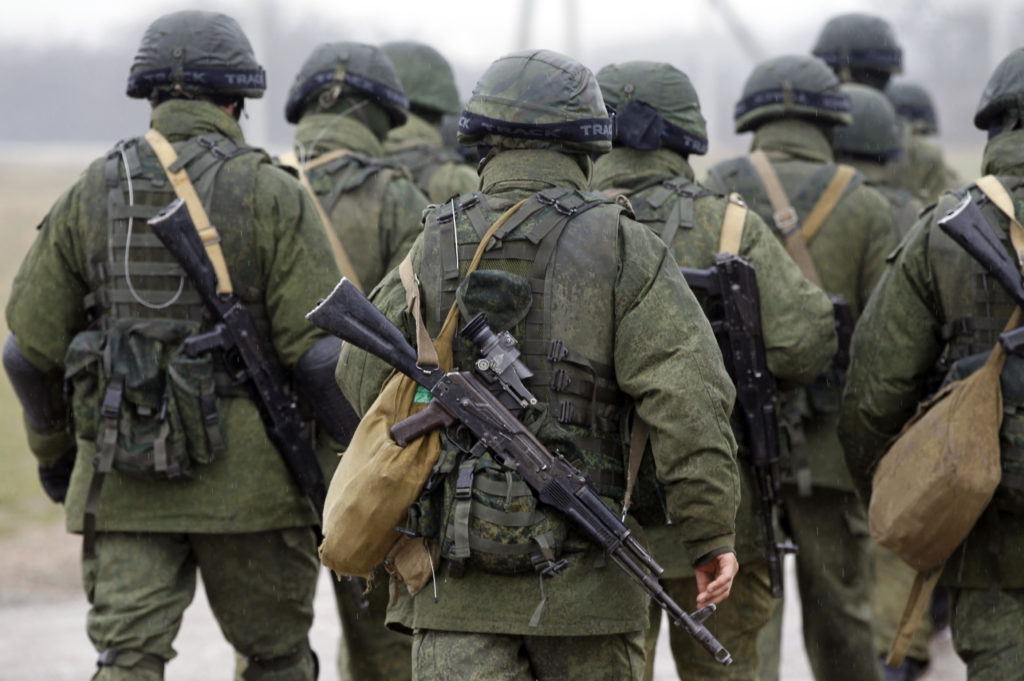 The AK-74 is alive and well in conflict zones around the world
Photo:AKFiles.Com

The 5.45 x 39mm and rifles chambered in it haven’t been around nearly as long as the venerable AK-47, but it is replacing the older rifles as they wear out. The former Soviet Bloc and Russia have fully transitioned over to the 5.45×39 cartridge, those that haven’t will most likely adopt the 5.56 x 45mm because of NATO requirements. The AK-74 rifle and the 5.45 x 39mm round continue to evolve just like the M16 and the 5.56 x 45mm. Weapons designers continue to look for materials, and ways to make bullets more environmentally friendly as well as more lethal. In this writers opinion its a very strange dance to make something more eco-friendly yet is designed to put people in the dirt, it’s a very Ying -Yang / Circle of Life type of thing.

The curiosity I had about the AK-74 and the 5.45 x 39mm is what prompted my in the name of scientific endeavors to secure a Russian Saiga project and a healthy amount of ammunition. Our testing that will begin after 1 September will be to put the two rifles and two rounds side by side and have a variety of shooters try them. The purpose of the test will be to try them at two relatively short ranges 50 & 100 meters and see what our panel of non professional shooters think. Many people report that shooting the 5.45 is more pleasant than a 5.56. It might be the slightly slower velocity will result in less felt recoil, thereby making inexperienced shooters feel more comfortable and increasing their accuracy.

The secondary goal of this testing is to get the Saiga into as many different shooters hands as I can so that we can spread the word of the 5.45 mm to the masses. It’s like a gun lovers good deed for humanity. In all seriousness I feel that as a gun owner and as a professional that its part of my responsibility to let people shoot most of the guns I own if they haven’t ever seen whatever I happen to have that day at the range. If it’s my MP5 , or a new CZ-P10C, it doesn’t matter. It’s all about letting people experience different types of firearms. (Stepping off my soapbox).

Many people think that smaller rifles shooting and intermediate sized round and primarily engaging targets 300 meters and closer is useless. In the ever-changing world of International Police Actions, small-scale limited warfare and anti terror operations these types of rounds and guns are finding new life. 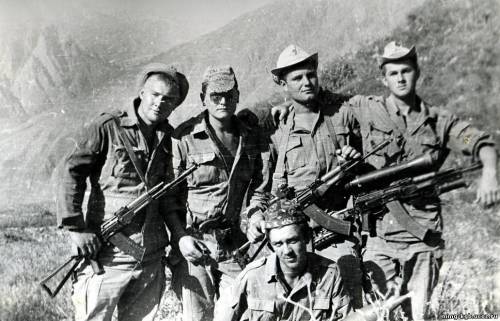 Russians posing in the early days of the Afghanistan Invasion
Photo Courtesy: AR15.Com 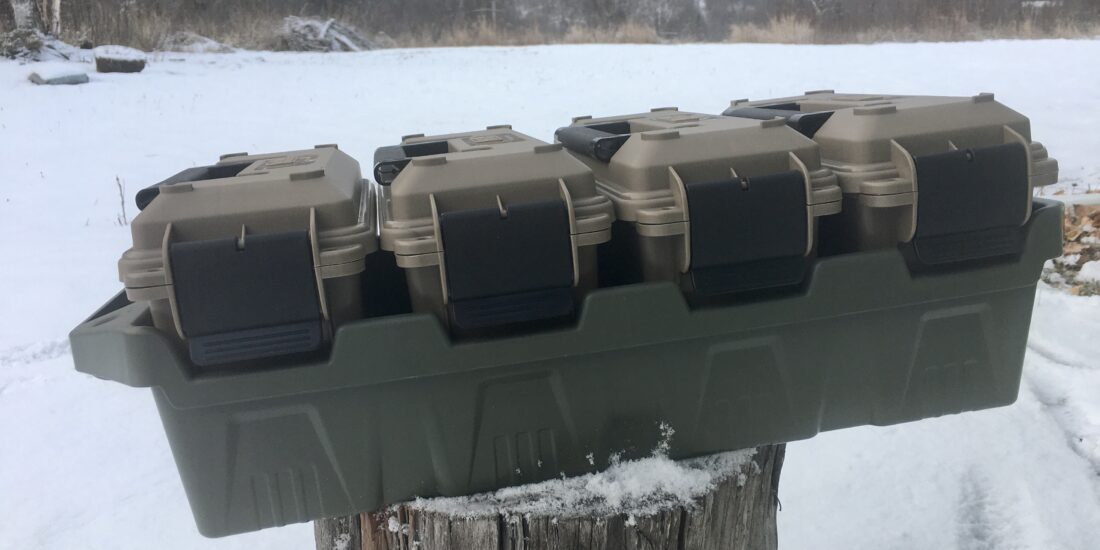 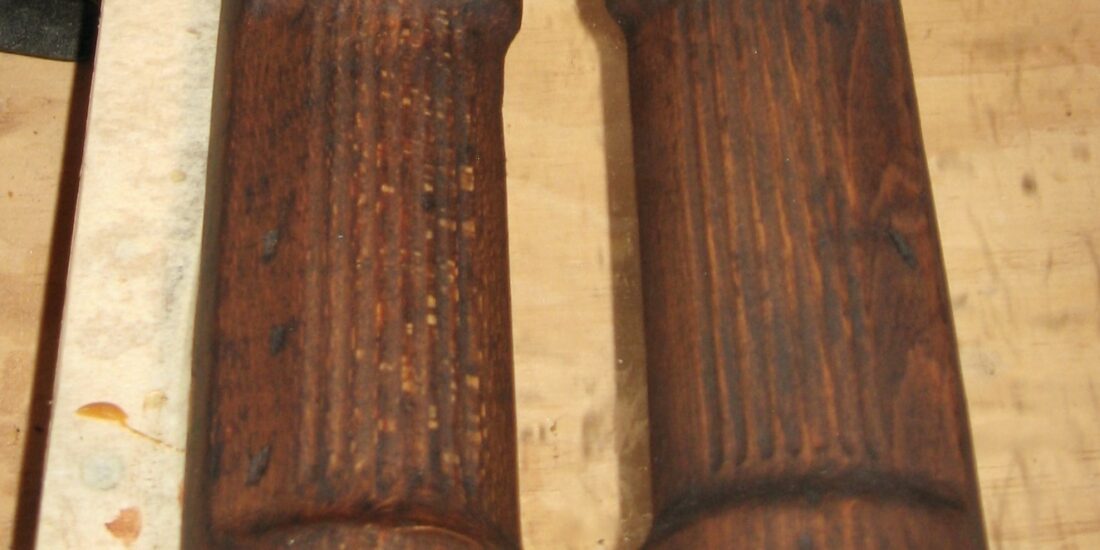 A little over a month ago we started the Hebrew Hammer Build, which as some readers may