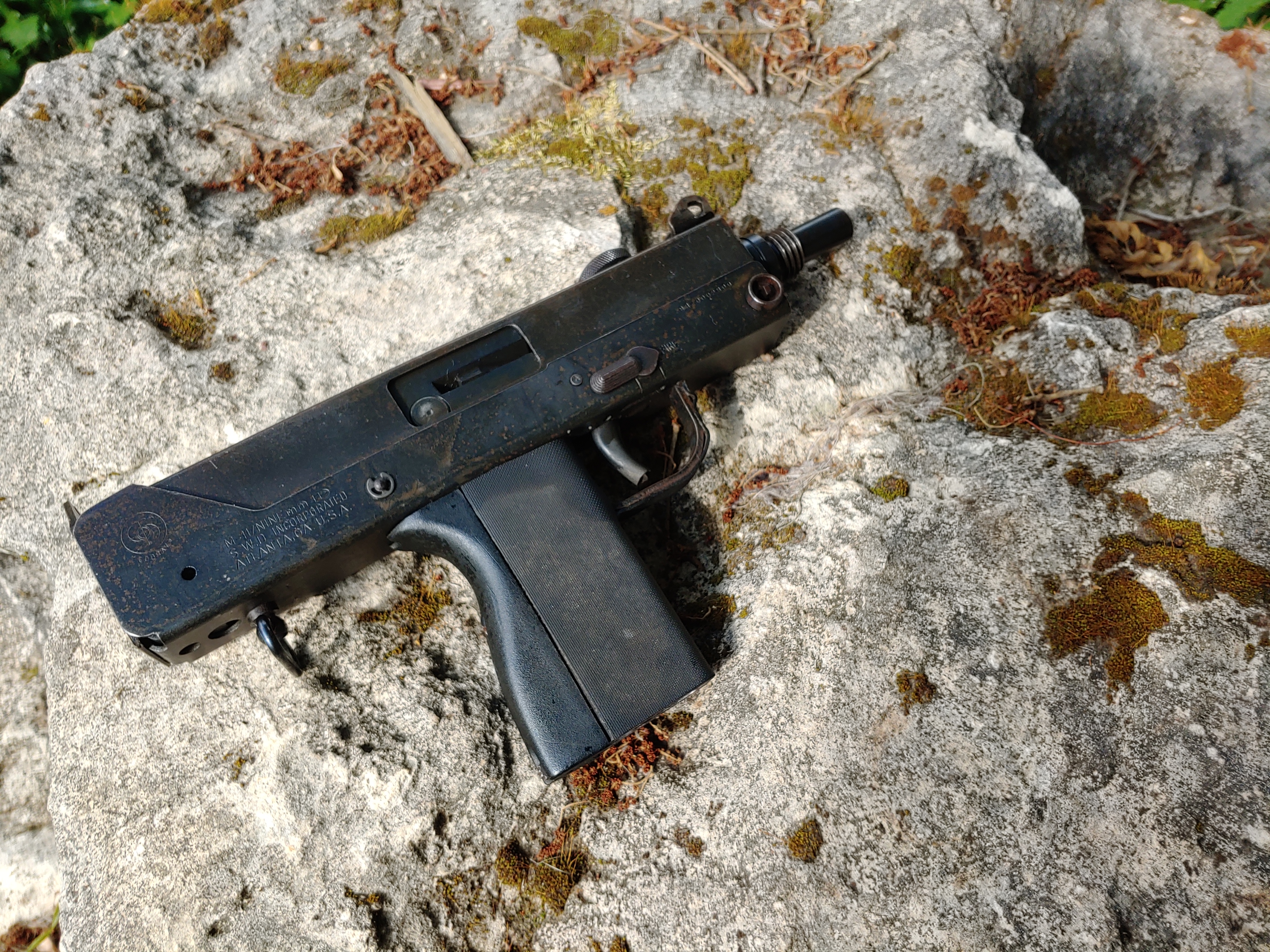 The primary problem I have with the firearms community is how freakin’ serious we take ourselves. Everything needs to have a purpose or serious use. People ask on forums should I buy Gun XYZ from “Insert niche use here” as a means to justify a purchase. Sometimes it’s okay to admit you want something just because you want it. Guns do not need to have a serious use to deserve ownership. With that in mind, I wanted to point talk about the guns that I have a ton of fun with that are basically pointless.

This list is in no specific order and it represents guns that I find more fun than practical. That’s not to say these guns and systems don’t have practical uses, I just don’t personally have a big use for them besides being fun.

The TAC 14 and Mossberg Shockwave

These guns are some of my favorite. These are technically not shotguns, but firearms. As firearms, they can have a 14-inch barrel and not be considered an SBS. These guns have jump-started the shotgun industry once more and their affordable price and easy to find nature have made them insanely popular. As far as fun guns go these are some of the best on the market. 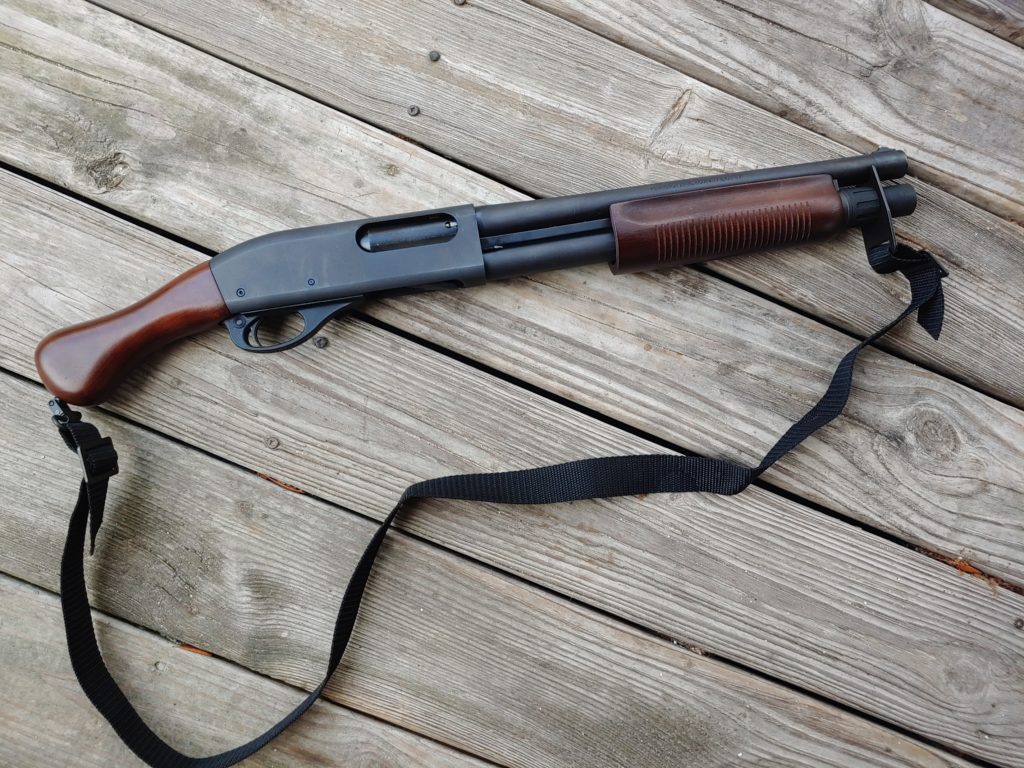 Don’t get me wrong they aren’t entirely comfortable to shoot. They have some blast to them, but that’s what makes them fun. It’s a fun challenge to shoot these and try to hit something consistently. From clay pigeons to steel poppers. The Mossberg and Remington variants are expending to mag-fed models as well as semi-auto guns.

I haven’t gotten my hands on a semi-auto variant just yet, but I can’t wait to.

This is a gun so fun its hard to find! Well, not really, but Cobray is no more so they aren’t making more of them. MAC 11s technically don’t exist, or least the Cobray MAC 11 isn’t a real thing. It became a colloquial term to describe the Cobray M11/9, a 9mm pistol based on the original MAC series of guns. This little gun is a giant, heavy pistol that for practical purposes is worse than any other handgun out there. 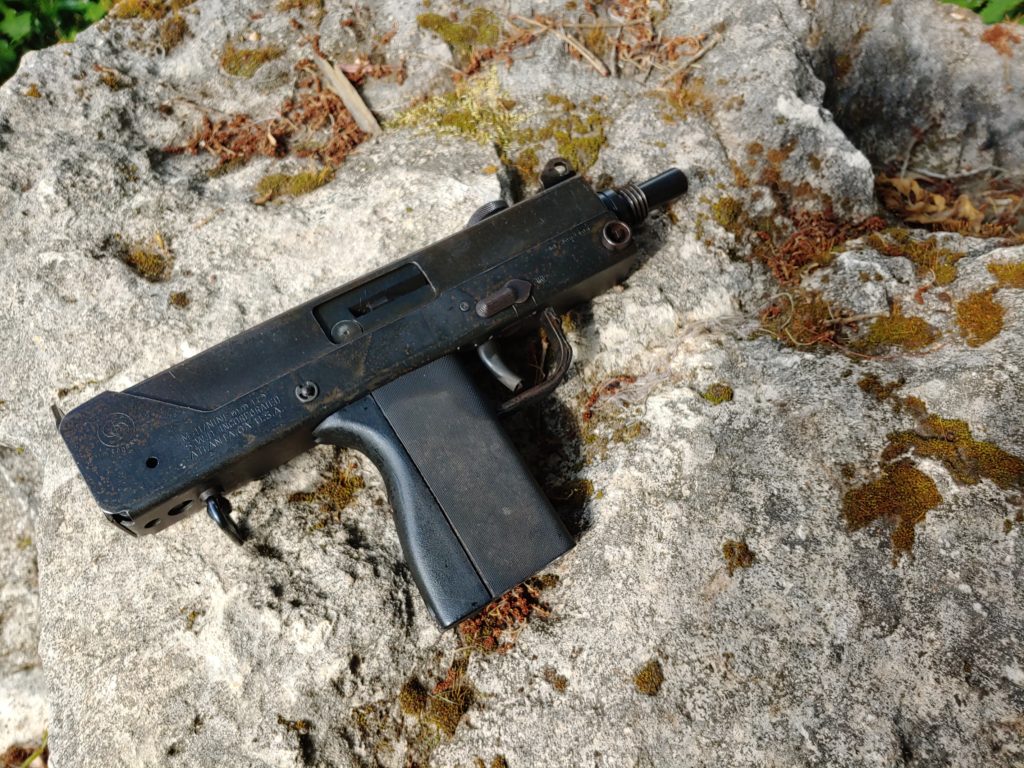 Besides being heavy, it’s also terribly unergonomic, the sights suck, and it does nothing special. The giant bolt even makes the gun move more while recoiling. A Glock with a 33 rd magazine is 10x times more effective. However, this is one dumb and fun gun. It’s a piece of nostalgia from stamped metal SMG days and it shows. It gives you a Miami Vice feeling in your hand and you might as well hold it sideways cause the sights suck regardless. It is a fun way to turn money into noise though.

I got into these 80% ARs and one drill press and easy jig gen 2 later I had this abomination. I don’t know what to call it. It’s a bit of a collection of spare parts I had lying around. This lead to a weird amalgamation that ended up being a 7.5 inch barreled AR pistol. The 5.56 was made for a 20-inch barrel and by taking off 12.5 inches of that barrel I have this ridiculous thing. With a barrel this short you are losing a lot of effective range and creating a lot of flash and noise. 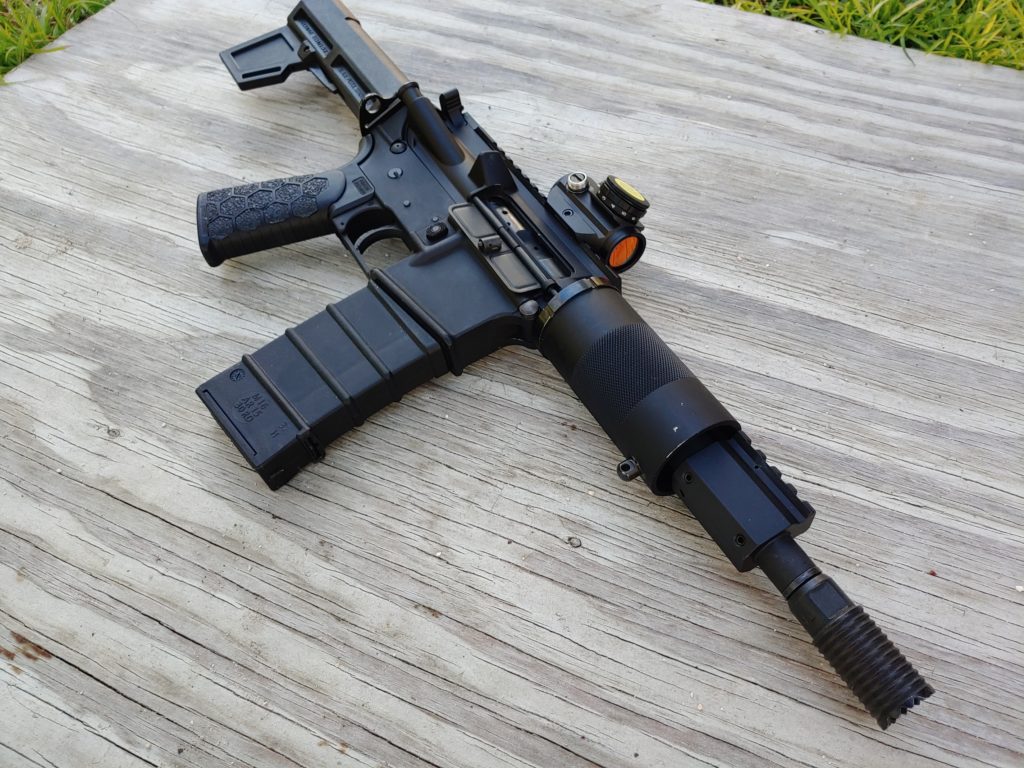 It’s so fun though, so much freaking fun. It creates a bright flash and earsplitting noise. A gun this short is basically an SMG firing a rifle round. My CZ Scorpion has a longer barrel than this and its a 9mm. This little fella is more or less the least effective AR out there. The traditional 10.3 inch used on MK18s is a much better barrel if you want a short AR. If you want a flashbang machine then here you go.

Admittedly my time is short with the CP-33, and consisted of SHOT Show’s range day. I fell in love at first shot. They had a mounted red dot and it made shooting this little guy a dream. It was like a laser it was dizzyingly accurate and the recoil was nothing. 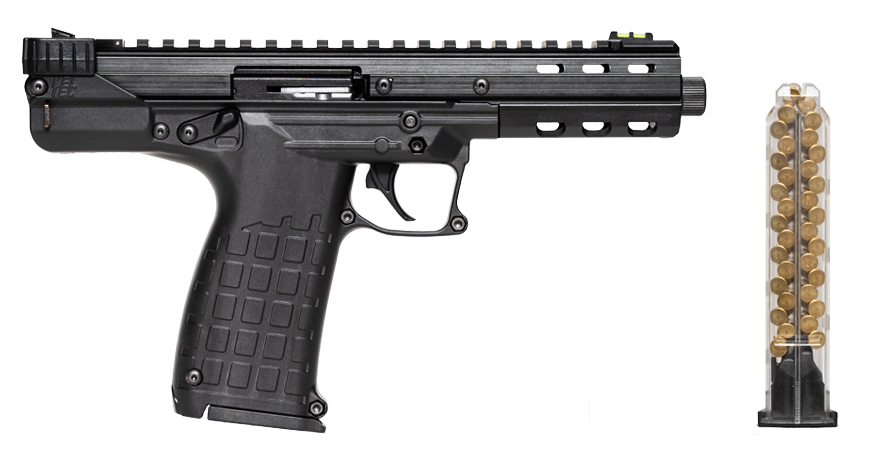 If you aren’t familiar this is Kel Tec’s 22 LR handgun that has 33 rounds in a flush fitting magazine. It looks like it stepped out of the future. It’s optics and suppressor ready. It’s super easy to shoot and just a ton of fun. Kel Tec says it’s designed to be a competition pistol, but to be real its a space gun in 22 LR designed for rampant shooting on soda cans.

These are not necessarily guns, but kits that wrap around a gun and completely change its characteristics. These kits all come out of Israel where they make a little more sense. If I understand gun laws correctly Israeli citizens can own pistols pretty easily, but not semi-auto rifles. They can take their pistol and toss it in one of these kits and it handles like a rifle, but by law it’s still a pistol. 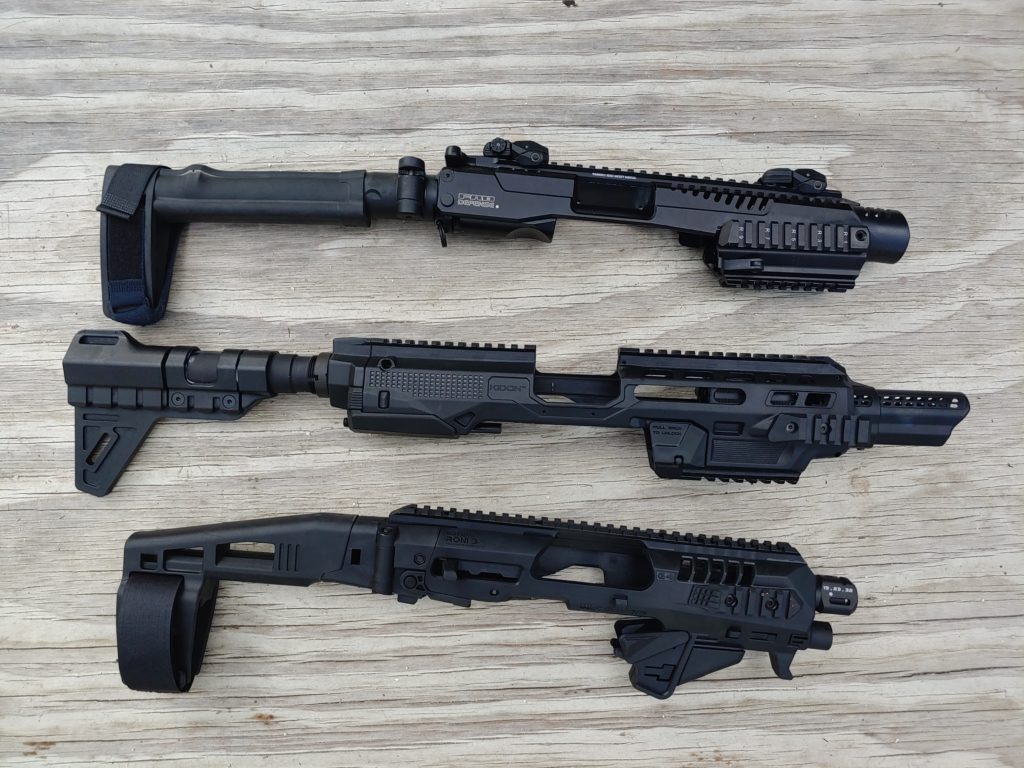 In the states, this would be an SBR and cost 200 bucks just for permission to do so. These kits were adapted with pistol braces, putting them in the same position as Israeli law. I own a Roni, a KPOS, and a Kidon and they all do function very well. They make shooting a handgun further easier and they do replicate the way an SMG handles. However, most people I know prefer dedicated PCCs.

However, these slick kits are ultra fun and a neat way to mod a Glock into a bigger and badder weapon. You also get to keep all your previous Glock mods, like improved triggers, magwells, etc.