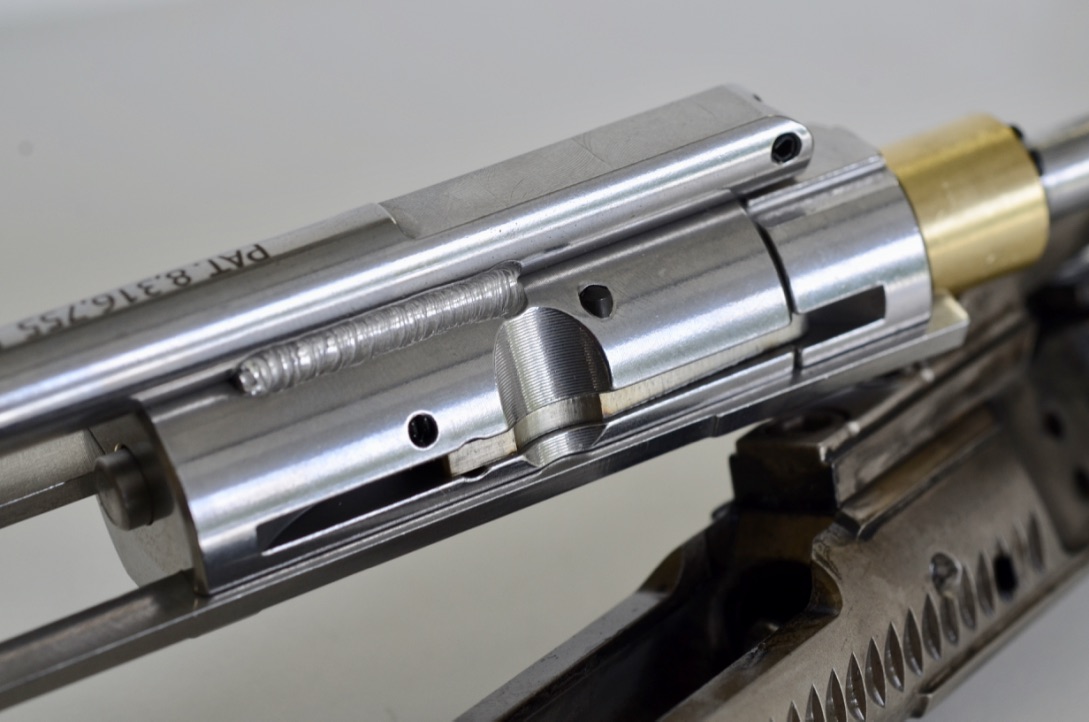 There was a time in the not so recent past that .22 LR ammunition was worth its weight in gold if you could find it. Hoarders and old men claiming that the apocalypse was around the corner drove the popular plinking round into $scarcity. Now that the hysteria and paranoia has subsided, shooters are once again able to affordably buy .22LR ammunition. This is the perfect time to buy a You can get your very own CMMG AR15 Conversion Kit.

The best accessory for the AR-15 ever, the CMMG 22AR Conversion kit let’s you train more, spend less and do rifle shooting drills on .22 rated steel targets. The drop in kit which comes with either a ten round or twenty-five round magazine allows shooters to fire the relatively inexpensive .22LR cartridge through their stock AR-15 rifles, without any modifications aside from dropping in the conversion kit instead of a standard mil-spec  .223 AR-15 bolt carrier group. It really is just that simple.

CMMG Incorporated is a Boonville, Missouri based company that is well-known in the firearms industry and produces a wide range of AR-15 uppers and receivers to fit the usual array of calibers and a few no so usual calibers. They are also the producers of “Tactical Bacon” which is a sealed metal can that contains fifty-four slices of precooked bacon per can. It’s hard to argue with that level of genius. On a serious note CMMG is not a rookie when it comes to the firearms industry and their products in particular their complete rifle builds are every bit as good as the big boys of the firearms industry. We trust their level of commitment and professionalism when it comes to tending to the needs of their customers. These were big factors in our decision to select the CMMG 22AR Conversion Kit for this long-term testing session. 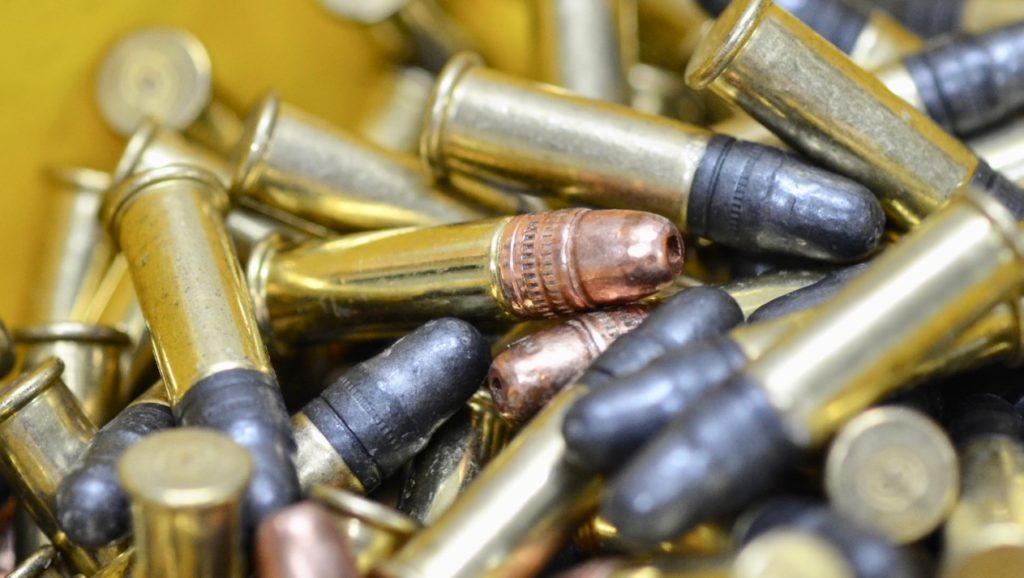 Why a Conversion Kit ?

We got asked this a few times and there are several reasons we are exploring a .22LR AR-15 conversion kit. First is that .22LR ammunition is once again available and even at its slightly higher new prices it is cheaper per round than shooting .223/5.56mm ammunition. The second reason we chose to explore this option is training. We know that a .22LR won’t have the same recoil as a full powered .223, but what it does do is allow us to work on our basic shooting mechanics while firing a live round. A third reason for our foray into the .22LR conversion market is new shooters. The AR-15 is without a doubt one of the most owned rifles in the United States, that being said its easy to teach inexperienced shooters with a quieter round that has less recoil. Teaching these new shooters with something that is cheaper to shoot and allows more training at a lower cost. Teaching new shooters basic weapons familiarity with a rifle in .22LR isn’t new, in fact many nations militaries including the British taught basic marksmanship with rifles in .22LR

Our particular kit came with the CMMG 22AR Bolt Assembly, and a single twenty-five round magazine. The kit is available with ten round magazines for states or localities that prohibit high-capacity magazines. CMMG also makes this kit in a combo package with three magazines total, at an expected slightly higher retail price. In a twist that not many manufacturers can say, CMMG also makes a left-handed 22AR kit to support left-handed AR-15’s like the ones produced by companies such as Stag Arms, Rock River Arms and Black Rain Ordnance. Now that we have given you a quick overview lets check out some specifics of the CMMG 22AR Conversion Kit. 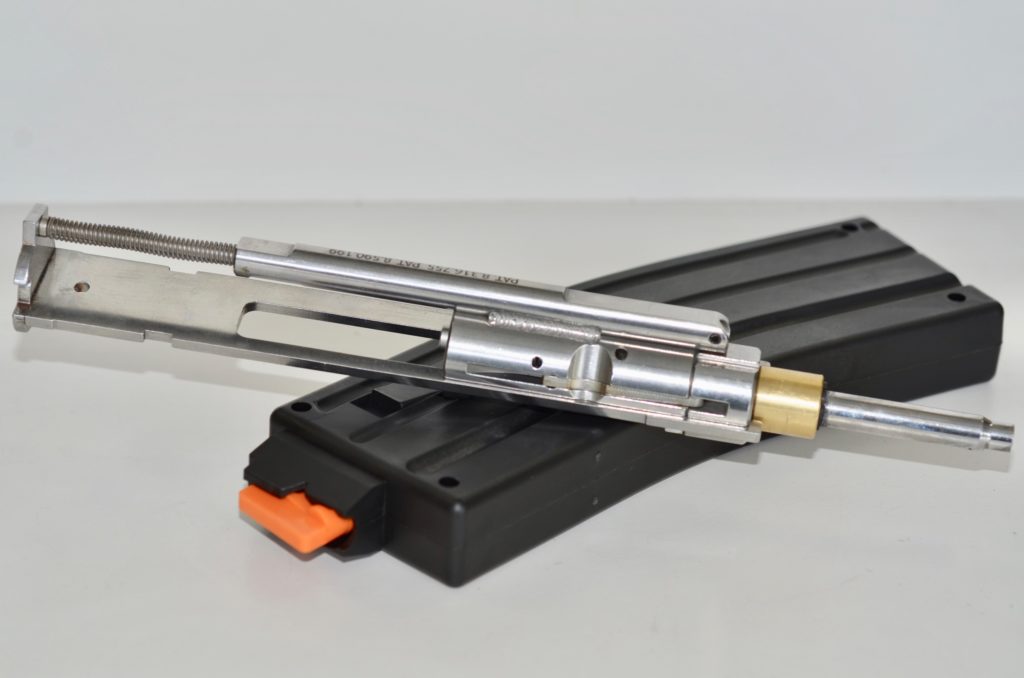 Full length view of the drop in kit

Installing the CMMG 22AR kit is as simple as installing a stock AR-15 bolt carrier group. There are no special features, gadgets or keys to being able to enjoy this kit. Remove the stock bolt carrier group, retain the stock charging handle, drop in and connect the upper and lower halves of your AR-15. The CMMG conversion is slightly lighter than the stock AR-15 bolt, by nearly three ounces. Which is interesting because before I set them on a scale I could have sworn the CMMG kit would be heavier since its made of stainless steel. Overall the CMMG conversion is built to mimic the dimensions of an AR-15 bolt carrier group with a shell attached. In a side by side comparison it does this very well.

When you insert the CMMG kit into your AR-15 the only real detail a user needs to remember is to fully insert the kit into the upper receiver and be sure the rifles buffer engages the rear of the conversion securely. The slight pressure from the buffer assembly keeps the CMMG conversion tight in the rifles chamber. It’s a very clever way to utilize something that isn’t actually being used the way it was designed. The stock charging handle on the AR-15 is used the same way it normally would be with an AR-15 shooting .223/5.56 mm ammunition. When you retract the charging handle it grabs the top of the bolt mechanism and pulls it towards the rear. No surprised or special charging handles needed, another simple trick employed by CMMG that makes us like this kit even more. 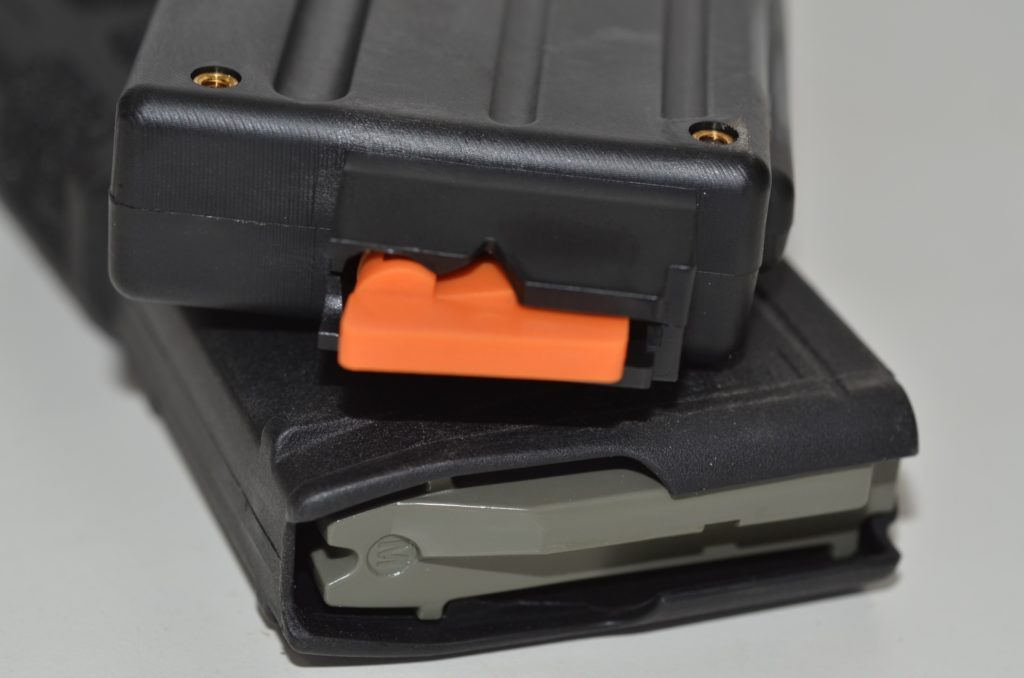 The final part of the conversion kit we will highlight is the polymer magazine. Not all polymer magazines are created equal and honestly we initially though that would be a weakness for this kit. It appears we really underestimated CMMG and how serious they take their magazines. We put this 25 round CMMG magazine side by side with a 30 round PMAG from Magpul and the CMMG magazine is thicker and heavier than the Magpul magazine by 2.7 ounces. The .22 magazine really is impressive in its build quality and we will be abusing them in our upcoming field trials, luckily we ordered extras.