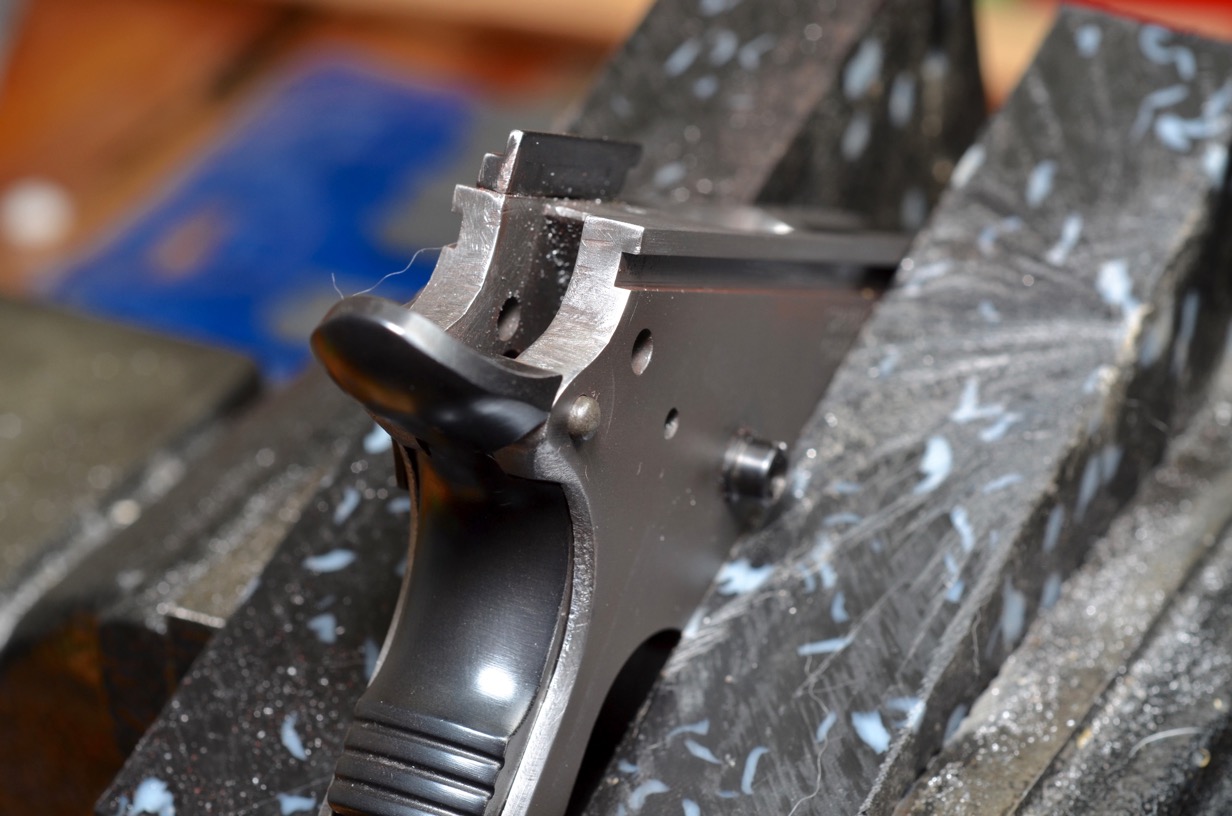 I think every gun owner out there has felt the urge at times to look at their firearms and want to do something to make them custom or unique. Sometimes its a small modification that requires simple tools like changing a sight or a trigger. In my situation more often than not the modifications I want to make require specialized skills and equipment to complete the task. Instead of butchering my firearms I choose to send them out of state to have any work performed on them. This is partly because every gunsmith I have come across in my home state of Alaska suffers from a trifecta of issues. Poor skills, poor prices and poor (at best) customer service are hallmarks of gunsmiths in the 49th State, based on my 28 years of experience living here.

As fun as it is to customize anything there can be situations where it can act as a double edged sword and cause some issues. Some of the potential negative side effects when you choose to customize guns can be

Customizing your firearm is not a doom and gloom situation by any stretch of the imagination. There are some significant positive issues that should also be addressed in any compare and contrast type of debate.

Staying Local or Shipping Out

This issue for some is a huge debate and for some of us there is no debate on the topic. It’s something you have to consider when you decide to have a custom firearm made or an existing one worked on. If you live near highly skilled and competent gun smiths who can tend to your needs, I truly envy you. No matter if you shop local or not there are a few issues that you will need to get comfortable with when it comes to customizing guns.

Poor Communication: Not Always What You Think

Expect this to be the rule rather than the exception with most gun smiths or custom builders. In almost 30 years of shooting and being around firearms there seems to be a common theme with smiths…Expect little to no communication with them and when they do expect a abrupt or rough response, even if you are laying out serious money for the project. You also have to remember this isn’t personal for them, it’s business.

There Part of the Equation

There are two sides to this equation though, the first is if the shop is a single man operation or a small crew the owner/operator or skeleton staff has to be the master of multi tasking. When they are on the phone they aren’t at a bench or a machine working. This makes the one man or small shop personnel usually super stressed and can be irritable when they have to answer the same question 400 times a week. Also consider these gunsmiths have families, hobbies, the right to rest, respond to emails and the internet can suck up there lives on message boards if they aren’t careful. This compounds the stress – time + other delays = slow communication scenario.

Your Part of the Equation

The other side of that issue is us as the customer, we have to decided how big of a pain in the ass we want to be and part of that is a shared response. If a gun smith tells you X number of weeks or months and breaks that deadline with little or no interaction with us the customer, well that honestly is the company’s fault. Now the other part of that is if you send in the gun or parts and don’t get a hard date on estimated return, well that’s your fault. I can say 100% that my issues with gunsmiths have largely been me not asking for or getting a target return date on my project. There are some gunsmiths though that will not give you a return ETA, so shop accordingly if that is important to you, you are the customer and deserve to get what you are paying for and not treated poorly.

The Down Side of Fame & Success : Delays

Part of companies becoming popular and having success often times means extended delivery times. Remember once that Rifle Dynamics, Meridian Defense and many other small companies use to turn great projects out at a ridiculous pace, then they got popular and instead of choosing quantity over quality and the delays start to mount. Twice now on builds I have found myself at the tail end of the fame & success power curve and had projects take much longer than I expected to come back.

How I personally handle each situation depends on the gunsmith or the shop. More than once I have had gunsmiths honestly tell me they are swamped and seem apologetic and I’m 100% fine with that. Life happens and sometimes wanting something unique and awesome just takes time and even impatient people like me have to just shut up and wait. It’s why I have drastically cut down on my number of projects that require a gunsmith.

I have also had more than one instance where I called a shop after someone was totally dismissive of my inquiry and I had them send my money and uncompleted project back. Once I sent a pistol to a gunsmith and waited just over 6 months and called to ask on the ETA on a simple project. What I found out was that they forgot they even had my pistol. They looked around and called me a few hours later and said they would start on it, and that it was stuck in a drawer. No apology, no comment, they treated it like it was just another day at the office. Within a week I had a tracking number and it was on it’s way back. I thought it was odd but was happy with the end result. I bring that up so you can see it can vary wildly from smith the smith.

Is the Wait Worth It ?

This is a tough subject and everyone has a different opinion, and I would say it depends on the outcome. Take the example I have listed below, the D54P by Dakota Tacitcal. This gun built as a pistol took almost a year to get to me from date of order, and 331 days from that day for my ATF Form 1 and tax stamp to return. Was it worth it in the end ? Well I have around 10,000 rounds through that gun and don’t ever recall it jamming on me no matter how terrible the ammo, so yeah I would say it was. It by far is my favorite gun and so reliable it’s boring. However I was miserable while I waited and everyone I shot with knew it.

Weighing the Pros and Cons Is A Custom Gun For You ?

So we’ve discussed the pros and cons of having custom guns built or even having any real gunsmithing performed on your firearms. It can be a deep and difficult topic full of emotions so we tried to share some of our personal experiences and just skim the surface. We didn’t toss any companies under the buss but still tried to discuss the potential pitfalls.

The issues that we touched on didn’t even touch on the frustration of shipping firearms and the nightmare of UPS, USPS, & FedEx and their love of damaging packages with regularity. We left that nightmare out because it’s not the fault of the gunsmith or shop that shipping companies sometimes also have issues, yet they get blamed for them. If you are considering having work performed on your firearms I would advise that you carefully consider the following simple steps to help the chances of your satisfaction. 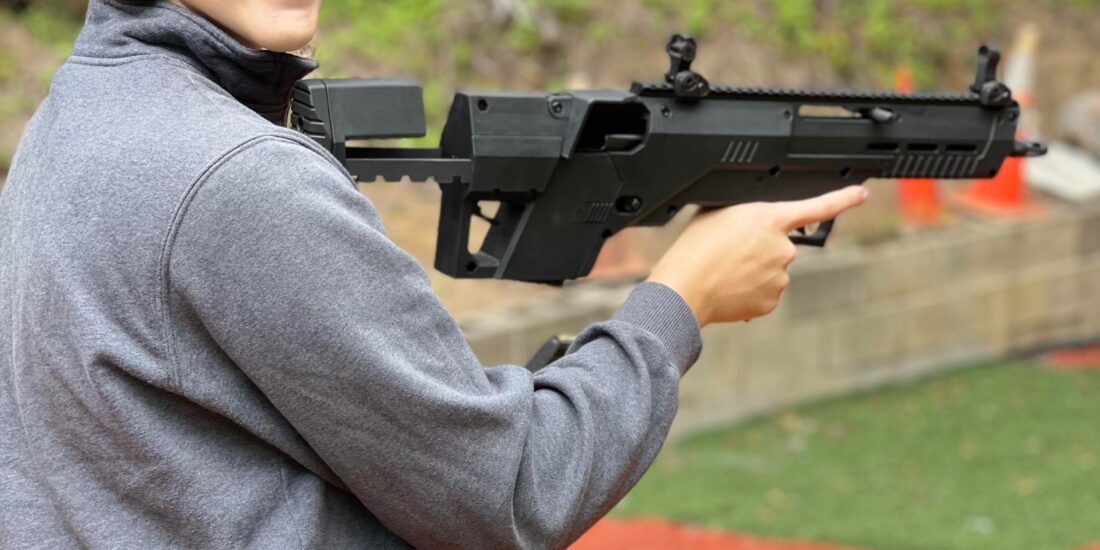 The Meta Carbine Conversion Kit took an idea that others had tried and made it work.  The 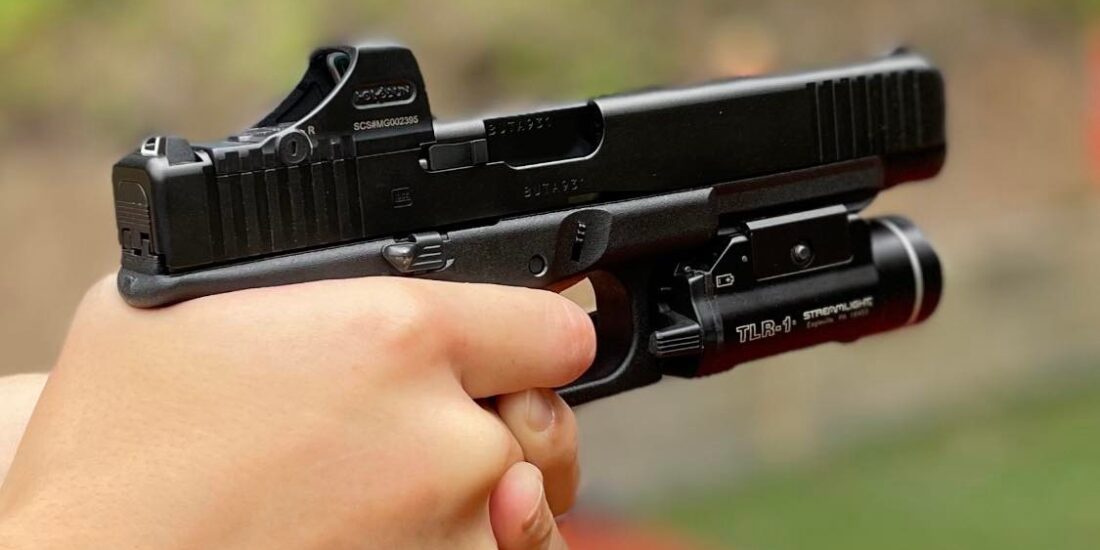 The new “Default” pistol sight has arrived The Holosun SCS (Self Charging Sight) is low profile, your stock