Real World AR Modifications and UpGrades: What You Really Want 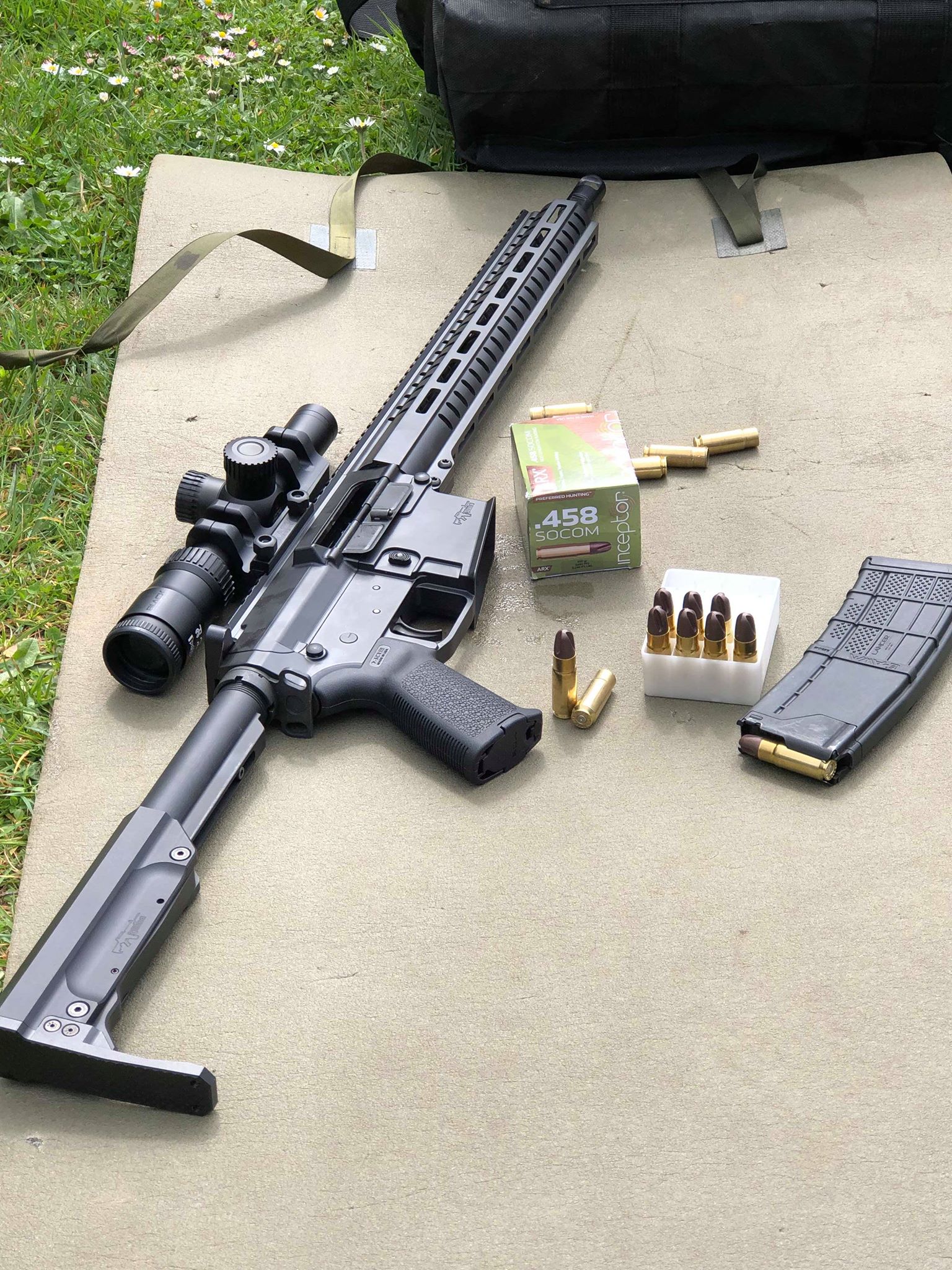 The only constant is change, but not all of it is good. I accidentally managed to generate some tips about red dots the last time , and hope to produce something of worth for you again, Dear Reader.I’ve got an entire list of things that make my blood pressure rise, but do not wish to sound like a negative guy with everything I submit. Let’s look at/talk about a topic that won’t get people spun up. How about barrels? That should be harmless enough. For those who are easily distracted, we are discussing AR platform barrels, nothing else.

One truism I clutch to my chest is that we live in a golden era for all things firearms, and there is a constant flow of items that didn’t exist in my younger years. I’m not interested in filming my silly self and coming across as a buffoon, but let’s get back to barrels. While we’re at it, let’s carry over into handguards briefly, too.

For most of my adult life, I’ve been lucky enough to get gear for free, and test it for my real occupation. Many years ago it started to become obvious that vendors will give the customer fantastic tales about how their barrels are made from meteorites, alloys from the land of Hobbits, and a little bit of the Edmund Fitzgerald. Their product is the absolute best, until at least next year. Usually a free hat, oe tee shirt, and sometimes both, are provided.

You will find that there are people who believe it, and away to the ATM they go. Ammo makers are singing the same song, and the handguard makers, well…they complete the trio. This type of behavior is echoed by the boot makers, and the camo dudes, and the next thing you know, you’re going to need at least 3 jobs to stay current with all the products being ginned out.

To be fair, if you wear a uniform, there have been remarkable strides taken in the materials to make your day at least a little more comfortable. Armor is still a bear to wear 12 plus hours a day, but it’s still easier than even 10 years ago.

Anyway, back to barrels- there is a guy on the You Tube who’s made a series of videos that basically debunk the idea that you HAVE to spend 400$ to get a good barrel. He’s put one of these against a barrel that comes in under 100$ that performs just as well. Shocking. The same applies to handguards. More shock. To give you exact details means I’m spoon feeding you information, which I’m not doing. Do your homework kids, you’ll find it. His presentations get tedious, and you have to hang in there, but eventually he gets to important points. Again, to all the real deal, high speed badasses, you guys will use whatever you’re given, and if allowed, will set things up your way, as it should be. The focus here is for ordinary people who don’t deserve to be ripped off.

While we’re visiting the upper part of the platform, here’s something for people to really foul up. Adjustable gas blocks. These items have their place, especially when it comes to competition guns, or those who use suppressors. For the rest of you out there, don’t buy them. Invariably, you will mess around with them too much, and screw things up. Here are some insights- I’ve got plenty of uppers and pistols, and examples of the platform, and just can’t resist myth busting. I’ve got plenty of aluminum gas blocks, and they work just as well as steel (gasp). I’ve got plenty of gas blocks that have no Loc- Tite on the screws, too (blasphemy, you say). Oddly enough, they chug away without issues.

This is another truism- I’m not a real ninja who sneaks around in remote corners of the globe doing deniable things, and chances are, you don’t either. Here’s an idea to pursue- stop buying crap you don’t need, and find an Armorer School that allows civilians, and buy some education. If you’ve made the decision to use at least 1 of these things, learn how to maintain it. You will make new friends.

Let’s take a little trip to the lower for awhile. If you’ve got a carbine, chances are, you will want at least 1 more, if not 6. Please consider this- do not make your personal idea of a competition gun, and plan to protect your ranch with it. Everyone wants a precision trigger, but this is not a good idea for a defensive firearm. Let’s divert off the path a moment and say that the same applies to pistols, too. For range time- absolutely. For repelling 2 leggers? Not so much.

Let me help you save countless hours of your life by offering this- most gun stores will have triggers for sale. You can watch enough videos to make your skull get soft and come away with zero knowledge. Some things demand that you actually manipulate them before spending (in some cases) a LOT of money. If you’re not a competition shooter, and fairly new to this, you do NOT need an adjustable trigger. This is the same as not needing that adjustable gas block. Consider this another truism- the more gizmos something has, the more stuff there is to break. If your local gun store doesn’t allow you to manipulate triggers (read dry fire), find another gun store.

Believe it or not gun stores are like your sportsman’s club- the good and smart are outnumbered by the stodgy and narrow minded. Chances are, there is at least 1 guy at your sportsman’s club that will have some non stock triggers. There will also be at least 1 guy there who will tell you this is completely unnecessary, and offer to give you a “trigger job”. Avoid this person as much as you avoid Reloader Man.

Here is where another facet of triggers comes into play, and that is anti walk, or rotation, pins. If you decide to have a second firearm with an enhanced trigger, you will find that they often require anti-walks. This is not a design flaw, they’re necessary equipment. The other example of when anti-walks are necessary is this- if you have a lower that has had the bejeepers shot out of it, anti-walks will give that lower a new lease on life. The reason is simple- frame pins are steel, lowers are predominantly aluminum for cost/weight savings. you can’t throw lowers away with the garbage, that’s where the serial number lives- on the lower.

There is a third reason you will see anti walks on some firearms, and that is- fashion statement. There are plenty of goobers who will go to great extents to convince you that your gerbil duster isn’t “operator” enough without them. This same goober has likely not watched enough “how to” videos, and has installed his hammer spring backwards, which will indeed cause frame pins to “walk” out. This guy just became the THIRD guy to avoid, along with “Trigger Job”, and “Reloader Guy”. We’ll call Guy #3 “Gucci Man”
Gucci Man will also tell you exactly which ammo, mags, camo, and shoes you need to be “operator” enough to smoke paper targets.(Remember, though, that he’s not a professional of any sort, he’s just another variant of Reloader Guy, and chances are, he has “friends” that have given him superior insider knowledge) Hearing the word “ammo” will definitely cause “Reloader Guy” to amble your way. Gucci will also give advice (even if not requested) about all of the things you need to get your firearm up to “his” standards, and undoubtedly, his “Call of Duty” is strong.

Here is what you need to know- realistically, if you’re intending forthis second firearm to be a Range Princess, you need nothing more than 55 grain FMJ(Full Metal Jacket). It is plentiful, and cheap. There is a maker for it , guaranteed, but the home work is up to you. Every firearm will have that one bullet that really brings everything together, but please, don’t acquire ANYTHING from “Reloader Guy”

So, once again, we have covered a lot of things that help the overall process of making you more successful. Stay safe, train often. 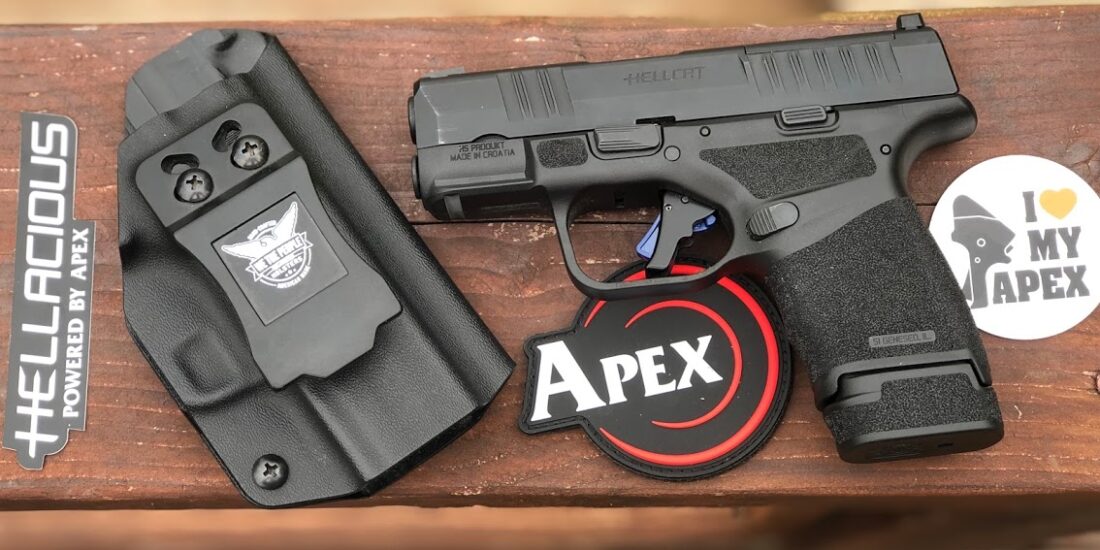 The Springfield Armory Hellcat is a great pistol but the trigger is a little lacking. Add