Problem AK? No Problem | Lee Armory Has the Experts and the Parts 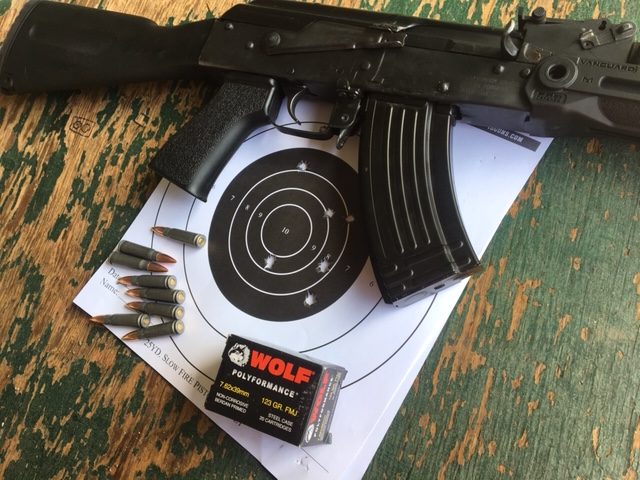 The guys at Lee Armory know AKs. They run a manufacturing operation and have all the jigs, fittings and parts for building AK rifles. They also have a cadre of gunsmiths who know and love the Kalashnikov design in all of its variants. Put all this together and you get a company that has seen every AK problem with the hardware and know how to make it right. 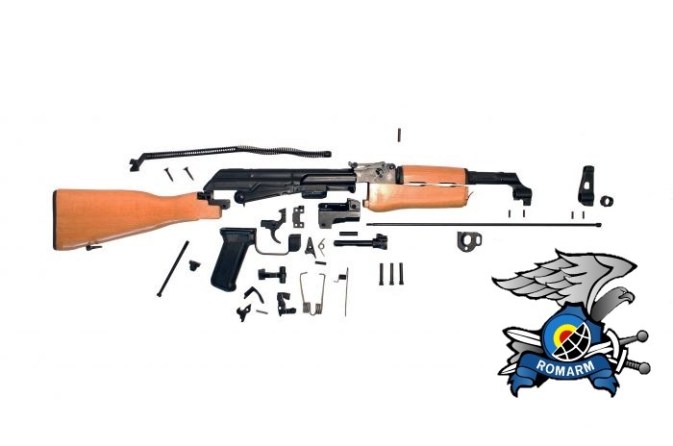 Lee Armory uses Romanian virgin parts for repairs and builds. Not a parts kit cut off a demilled gun, these are new quality factory parts.

All AK parts are not created equal. Lee Armory has a complete stock of quality forged virgin parts from the Romanian factory. They even have Romanian cold hammer forged barrels with no gas ports. With no pins and no holes, these parts can become the exact custom cut part you need.

I got to spend time with the gunsmiths from Lee Armory at their shop in Phoenix, took their AK build class and shot several of their AK builds. Their work speaks for itself, the guns look great and run even better. When I found out they had a build class, I signed up. Do you have an AK Parts Kit you need to build? Lee Armory can build that East German or Russian Izzy AK. They offer custom builds and Gunsmithing Services.

Because I was driving out to Red Oktober, I had a couple of extra AKs in the car. I knew Lee Armory did repairs, so I took my problem child. I have seen and shot AKs from all around the world. There are some amazing variants and enough models to give most shooters a dream gun. I am partial to full-stock classic models because I feel they shoot better. I used to think that all AKs were reliable. Turns out that even the best designs can be built poorly. 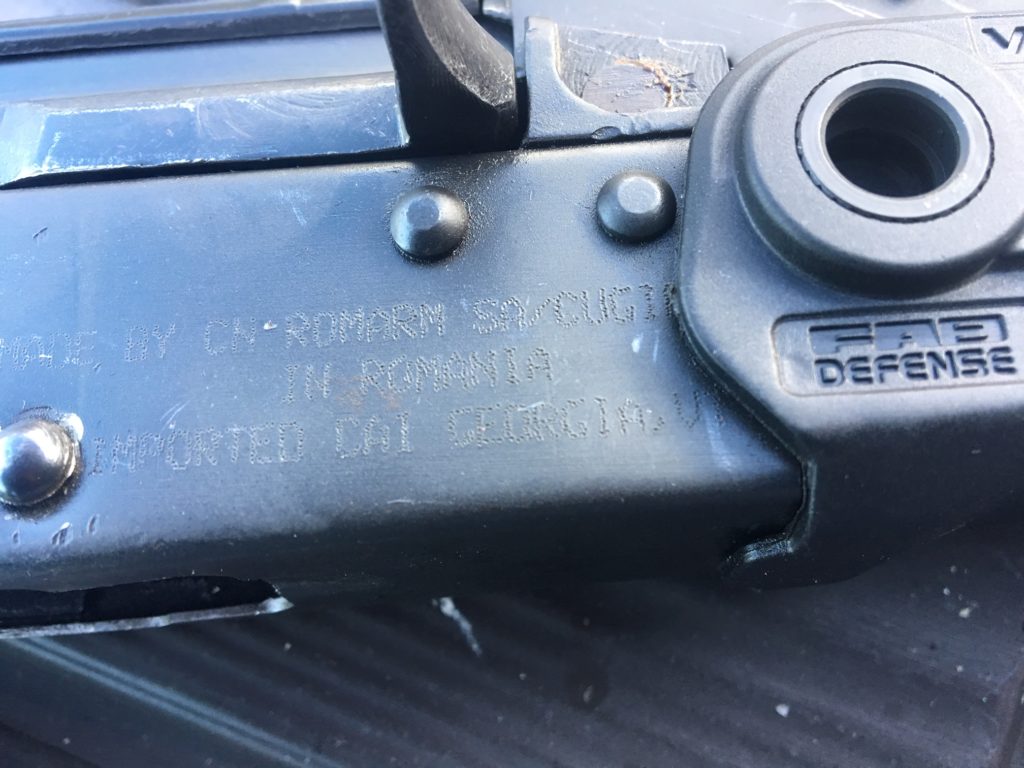 I once got WASR Romanian AK as part of a trade. Because of its price, the WASR 10/63 is an entry level rifle. WASR stands for Wassenaar Arrangement Semi-automatic Rifle. Built in the Cugir Arms Factory in Romania, a state-owned defense company which also made Romanian Model 63 and GP75 Combloc AKM military rifles. What I learned later was the WASRs originally fed from proprietary single stack magazines.

Instead of the dimples a traditional AKM uses to space magazines, the WASRs have internally welded spacer plates. Imported by Century Arms, these magazine wells were milled to accept standard capacity magazines. It looked crude, but I figured, how bad could it be. It passed a function check and the provided magazine fit, what could go wrong. It turns out, even with good parts, an AK can be poorly modified.

Once I got around to an AK range trip, here is what I found in “My Problem Gun”:

I grew to hate this gun. Like many other owners, I didn’t write off my poor choice as a loss, I doubled down and decided to rescue this poor girl no matter what it took. Lucky for me, none of the issues were fatal and I had some expert help. Josh at Lee Armory invited me to bring the WASR into the shop. He was confident they could fix my gun during the build class.

Turns out he was right. There was nothing he had not seen many times before. It seems that a lot of people buy cheap AKs. There is a reason they are cheap. The AK-47s I saw on battlefields around the world were made on quality tooling and jigs. The development and production costs were borne by a cold war economy which lavished resources on the military.

Like many people, the design and manufacture for sheet metal guns like the MP-44 and the AK fascinate me. The simple and robust technology used in the AK has many subtle features, not the least of which is the ability to fabricate the rifle under austere conditions for wartime production. They are designed by geniuses to be made and operated by illiterate peasants. They were assembled by unskilled labor working with quality machinery under the supervision of quality assurance comrades who maintained the needed standards. Good enough was what they strived for. What I learned in the infantry when studying the Russian war philosophy, “Quantity has a Quality all it’s own”.

When these robust AKs get cut up into parts kits or are reproduced for civilian use, most of the time the factory fixtures are not used and the quality control comrades are now unemployed drinking vodka. The riveted sheet metal design of the AK is brilliant, but it must be assembled properly to work. The over strength engineering will tolerate gross abuse but poor quality parts and improper modifications will bring it to its knees. Most people never shoot enough to see an AK break.

Head spacing encompasses one of the most important tasks for the rifle to function safely. Most home builders don’t understand the risks of incorrect head spacing. The AK design is very forgiving, proper headspace is essential. Additionally, the critical fit of parts like the gas tube and magazine catch can ruin the reliability of a gun.

Building an AK-style rifle includes the handcrafted art of rivet smashing. Rivets are much easier to make than screws but are not as simple as they seem. The get the full strength a rivet can provide, you must have the correct rivet profile and smash it with the proper tool.  If the metal doesn’t flow properly, it will not join the trunnion to the receiver as it should, weakening the gun and possibly misaligning cycling parts.

Lee Armory has the tools and gauges needed to do things safely and easily. They offer technical advice and support.  Lee Armory provides complete gunsmithing services. 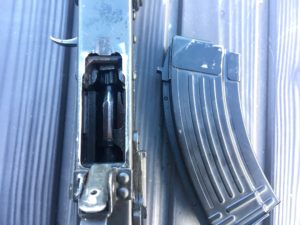 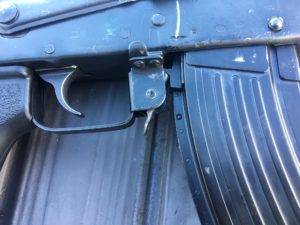 Josh and Mario at Lee Armory did all of this in about 30 minutes. I was fortunate the CNC machine was already set up for the magazine well cut. They looked at my gun, shook their heads and went through my problems, part by part. When they were done, we gauged the head space and test fired into a bullet trap in the shop, so far so good. The next step impressed me.

Mario loaded me my guns into a car and we went to a nearby range. We pulled up to a bay with steel target….at 200 yards. There were several size plates ranging from 36 inches to 12 inches. No paper, nothing closer than 200 yards. He had my attention.

If you have never seen an AK sight adjustment tool, it is a C-clamp with a front sight wrench on the adjusting arm. There are no clicks, just a horizontal sliding drum with a front sight post screwed into the top. It can be difficult to determine when the windage drum starts moving and how far it goes.

I shoot two rounds from the bench at the big gong. Both misses. Mario looks at the desert dust clouds from my shots and makes one windage adjustment and one elevation adjustment. My next shot hits the 36 inch plate, then I hit the 24 inch plate. With no confidence at all, I then hit the 12 inch plate. My next shot missed, but that was me. I put the next three rounds on the 12 inch plate. Considering the Wolf ammunition will probably only holding an 8 inch group at that range, this gun was shooting very well.

I thought that was lucky. Mario zeros each Lee Armory made gun before it ships, he is good at it. We then pulled out the Lee Armory’s Romanian Military Classic AKM I had just made in the build class that day. Same story, look at the dust cloud, one windage adjustment, one elevation adjustment, hit steel. I have seen a lot of AKs zeroed. I have never seen anything like Mario’s feel for the sight tool.

I was given the option of Cerakoting my restored heroine, but I like the way she looks now. There is nothing wrong with the factory finish and it gradually gets that “battlefield” look that many people find appealing. I have no problems carrying a gun that looks like it has been carried and fired before.

I left Lee Armory that day and drove to Henderson Nevada for the Red Oktober AK event. My buddies at KCI USA needed an extra rifle for their demonstrations. I loaned the my former problem WASR. They put almost 500 round through it over two days, mostly mag dumps to show the reliability of their magazines. Using KCI USA magazines with Wolf and Red Army Standard Ammunition there were no malfunctions.

You can send you gun to Lee Armory or bring it by the shop. They are always busy, but find the time to give great customer service. They can build you a gun, help you build a gun in build class with your parts or theirs. They can fix your broken AK.

If you live in an area with state restrictions, Lee Armory can talk you through your options for a legal build. Because they are close, California guns are a specialty. They will ship the rifle back to an FFL of your choosing for Dealer Record of Sale (DROS). Rifle must be “featureless” per California’s Dept. of Justice. Lee recommends a Strike Industries AK Fin Grip for California residents. 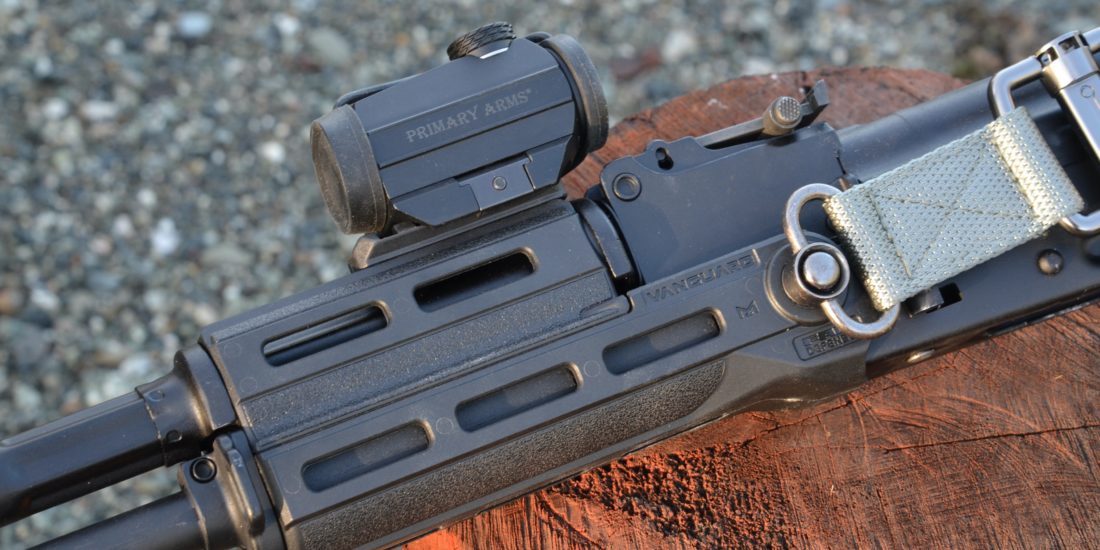 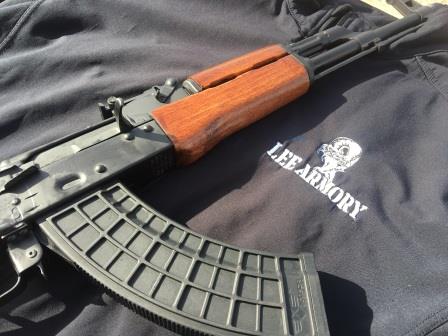