KCI USA 50 Round Drum and the AR Pistol: An Excellant Pairing 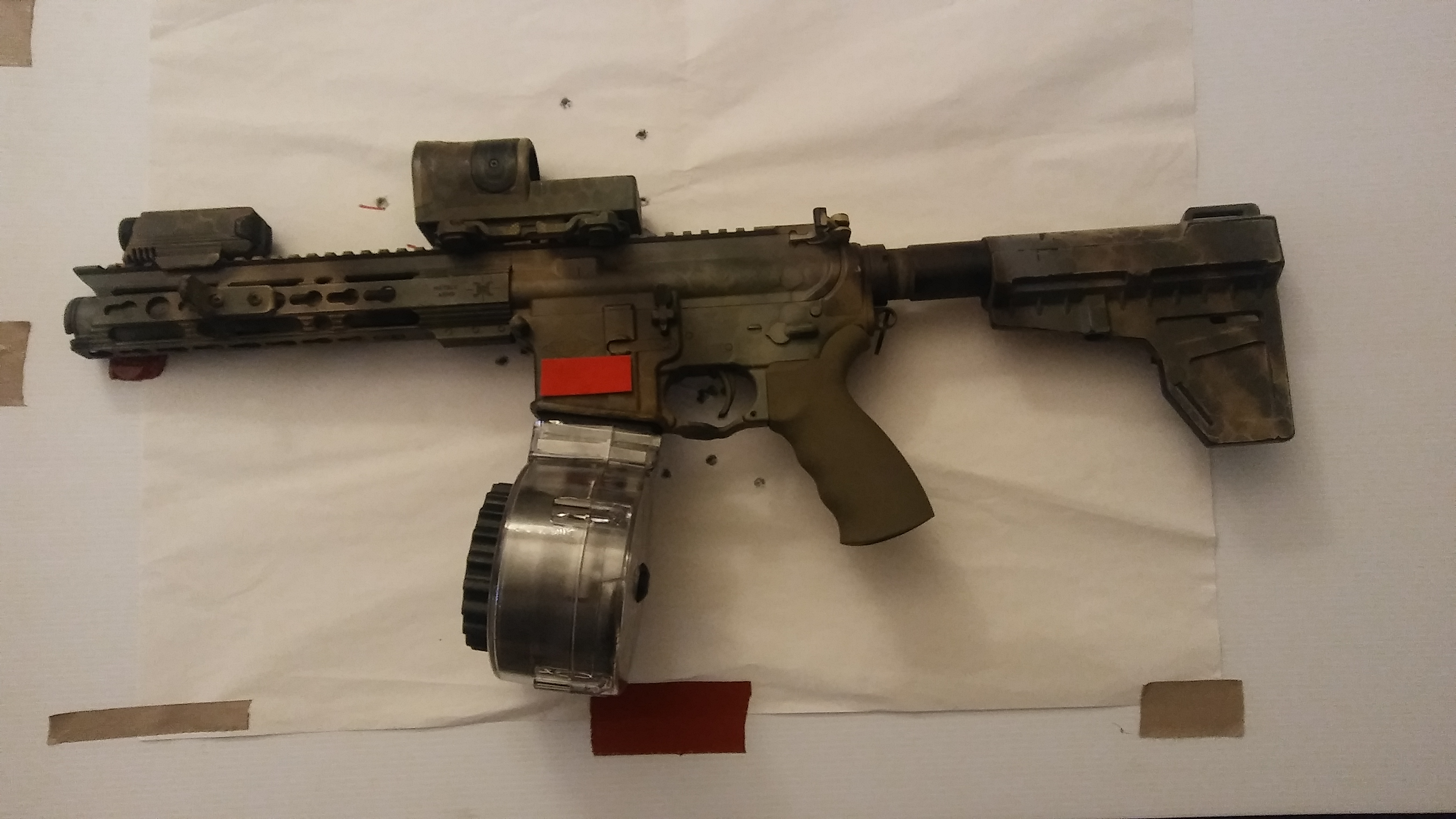 Recently I’ve been testing 100 round, and 50 round drums from KCI, and all has been working out well. To date, 200 rounds through the 100 rounder, and 100 through the 50. So far, the onlt “difficult” thing I’ve done is mix up all sorts of .223 and 5.56 ammunition in them, including steel case, and haven’t lubricated either of them. This isn’t exactly scientific, but, zero hiccups thus far.

The 50 rounder was just a subject of curiosity, and why not tinker with one? It comes with a nylon pouch of sorts, but realistically, I cannot see where I’d “easily” lace this into my plate carrier. Since I didn’t get it for ninja missions to parts unknown, this is a no never mind, anyway.

It has a pair of polymer clips of some sort, kind of reminiscent of the ALICE set up from days gone by.It comes with a rubber cover for the top of the feeding area, and this is a good idea if you are indeed doing ninja missions, and have a habit of banging into solid objects. It happens. It also comes with a tube of dry graphite, and if you’re famished from your ninja mission, do not eat it. It says this on the tube, as well as illustrating this with the good old skull and crossbones to erase any doubts.

Loading this thing is accomplished via a polymer “sprocket” on the outside of the magazine. This beats the hell out of attempting to manually push rounds in. Having a round shape, this would likely get very irritating, very quickly. The “sprocket” is easy to manipulate without fear of hurting your delicate little digits, and you don’t need high speed gloves for loading, either.

Realize that this “sprocket” type arrangement(or pan magazine type) has been around for at least 70 years, and is a proven mechanism. Also realize that you keep your hands away from the sprocket while firing, lest you hamper the unloading cycle. Why you would have your hands on it in the first place, I don’t know. This practically guarantees someone will attempt the feat.

Remember the “round” shape of the magazine mentioned earlier? This leads me to believe that this may be one of the very few times that a civilian might actually benefit from a vert grip. Realize that this thing adds an element of extra weight, but it’s not a deal breaker. I routinely have 2 mags of 28 coupled together, so it’s nothing new for me in that regard.

As for ergonomics/body positioning, I won’t be attempting prone with it. I’m too old to prone out for long with anything these days. I was the ninja that banged into heavy objects a lot in my formative years, and have the limitations to prove it. Being round, you can’t use it as a heavy monopod. I can easily see kneeling with it comfortably, slaying paper assailants. That’s pretty much why I acquired it in the first place.I see it as a way to spend a lot of money shooting with fewer reloads, so why the hell not? Isn’t that what casual plinking is all about, anyway? We all have to have fun at some point.

Realistically, to have a conventional follower in a rounded shape like this is probably impossible. Instead we have the dummies moving upward with the live rounds, and this is clever, indeed.The drum is held together with 6 screws which are clearly visible. So far, all I’ve done testing wise is to empty the drum with no graphite “lubrication”, which it did, with aplomb. This was 50 rounds of mixed ammo types and weights, but there were no hiccups. Moving forward, I’ll continue to tinker with it in various firearms, as specs in lowers can vary, so I may have firearms that it won’t work with so smoothly.

This time around, my thought process went toward a 7.5″ AR type pistol that rides in my vehicle with me. Without getting into the whole “lack of barrel” nonsense, I was just curious to see what it would be like to rapid fire 50 rounds with the drum.
As it turns out, “rapid fire” may not be the correct term, for the following reasons.

1-You’ll notice much more quickly how things heat up with a pistol. This is because the pistol has a brace, not a stock. As such, there are trade offs getting a textbook hold on this abbreviated firearm.

2-As it’s abbreviated, there is nowhere near as much front end to hang onto, and to keep my hand in 1 piece, I use a hand stop.

3- When you get this contraption against a bean bag type shooting rest, you must remain aware of the “sprocket” that allows for ease of loading, and moves (as a result) of unloading. Interfering with the sprocket will caused failures to feed/fire/eject, etc.

Anyway, after easing into a few different positions to find a common ground that would allow all to work correctly, the stars aligned so that live fire could begin. Again, there were multiple rounds of different brand, age, and casing material. The 1 constant was weight (62 grains for all). This pistol is not exactly a bench rest type firearm, but I can keep rounds in an 8 inch circle (read paper plate) at 200 yards with ease.

This is with conventional magazines, however. This was my first attempt with this drum.
Of 50 rounds, I had 3 flyers, but I blame myself, as the whole process of not messing with the unloading process/ascertaining grip, and thinking “man this thing is getting hot!” did creep into my brain once or twice. 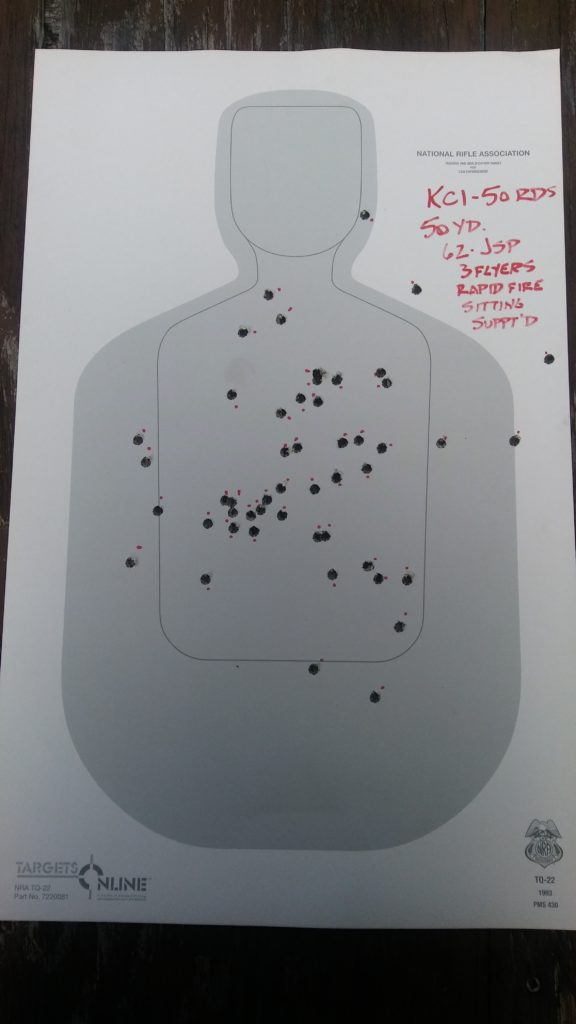 The target is an official NRA Law Enforcement type, rather like a chubby “Q”, and it’s 16 inches tall -end to end.
I would say that for standing, or kneeling with the drum, no issue for a pistol. If you were using a barricade like you find at competition matches, no issue, again. Just be aware to not crowd the barricade and impede the sprocket as it turns, and all will be fine. If you’re using the “full size” AR type, no worries at all.

For me, this is purely for range fun, and in that capacity, it truly delivers. 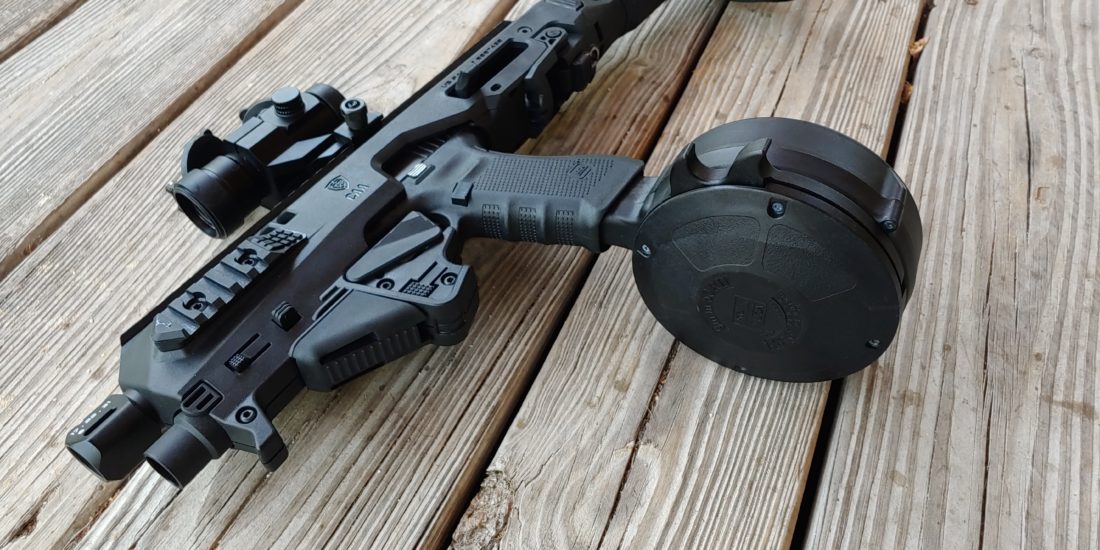 The KCI USA Glock Drum – An Angry Hive of Bees

KCI USA is a magazine manufacturing company that's been producing Glock, AR, and AK magazines for quite 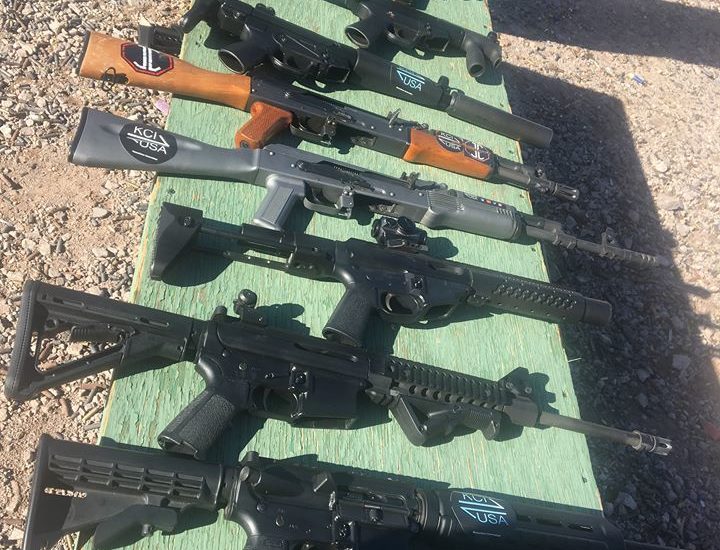 Paragraph 4 – Photo of the Day