Glock 48 with a Red Dot: Welcome to the 21st Century 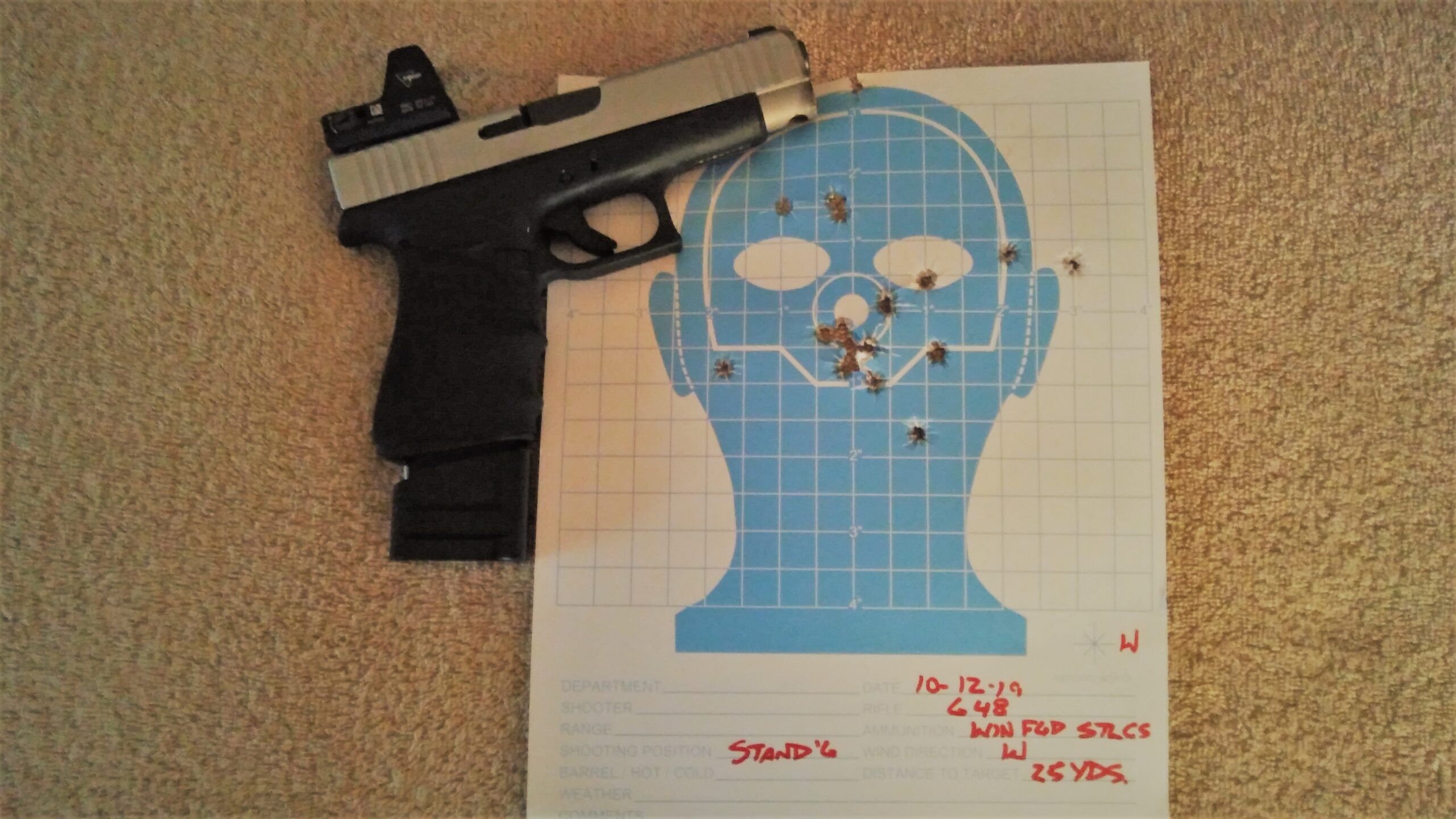 I love Trijicon. I’ve been using their wares for over 25 years (yikes) and I am excited about their new Trijicon RMRCC. Pared with the Glock 48, you have a very good thing in a small package.

Anyway, the 48 is a great pistol, and I did articles about it a couple different times. This is most likely why I neglected this one, thinking it was already in the can. Per the norm, everything new is complained about before it’s used and eventually gains “societal acceptance” while in reality the detractors also have one but won’t lose their “man card” if no one finds out.

Here’s the deal- it’s a Glock 19 on a diet, and this means it’s slim enough for the ladies to use to great effect. There is no implied sexism here- female hands tend to be smaller than male hands.

The thickness of the 48 grip might just be thin enough for the women to use the pistol better. It appears that the 43X is selling better than the 48, and the point remains the same- the grip size is exactly the same, the 43X has an inch less barrel. When you get the Shield Arms 15 round mags that fit 48 &43X you’ve taken advantage of the 19 Lite to its maximum by having equal round counts in both pistols.

And still we’ve not gotten to the point, so here we go. I wanted a red dot on my 48. Maybe some of you have also wanted this, only to find that it can’t be done without sending the slide away for milling. Okay, to say this nicely, that’s not true.

The truth is, no one WANTS you to put on a dot yourself. Everyone wants to mill your slide to hit you for say, $100 or so. I’ve known way too many people who have had “lost” guns and stuff through the mail to ever trust that whole idea. So, what does one do when faced with such a conundrum?

It’s quite simple, really. All you have to know is that the Glock dovetail cut is the same on all models. That’s right sports fans, the same size. Now granted, if you took the sights off of a Glock 21 and tapped it into a 43 it would look funny and hang over the edges, but it would fit in the channel. Everyone needs to realize that everyone else is trying to exploit you 7 ways from Sunday.

For example- if I make myself a holster for a 17 and chop the bottom, it will fit 9 different Glock pistols. You won’t find another holster maker telling you this because they expect you to buy 9 holsters from them. It tickles me no end to see this happen all the time because people won’t do the research. Caveat Emptor.

So if you start looking for an optic mounting plate for a Glock 48, you may find one now, but you couldn’t 14 months ago. Why? It wasn’t because the “plate didn’t exist”, it was most likely because the people selling you stuff don’t know or care that the cut is the same. So I used a flipping plate for a Glock 19. This means that you drift out your rear sight, and tap in the plate. You then mount your RMR, zero it in, and commence to have great times with it.

Here’s the catch- “you’ll have overhang”. Yes, it’s true. For heavens sakes, there’s 13/100ths of an inch overhang. That sounds terrible. Here’s how all of that pans out. This means there’s 6.5 hundredths of an inch overhang on each side of the slide. Wow. I’m pretty sure that things will be okay.

I’m positive the RMRCC will sell like eveything else Trijicon does, but the retail price is $700. The mounting set up is different than the conventional RMR  set up too. When you ponder sticking something this small on tiny pistols, obviously dimensions will change. While not wanting to cost them any money, why not go the route I chose with the RMR type 2?

Here’s the deal with my RMR- You want the type 2 because they can handle the G’s that come from pistol slides. The original RMR cannot. The Type 2 was purpose built for pistols after they figured out that people were sticking them onto pistols and stuff was shaking loose inside. The same is true with the Holosun 507C. This is why the 507CV2 exists.I have both, and love both equally well.

As much as we mock the mad scientists out there, experimentation results in outstanding stuff like this.

With my RMR’s you have to remove them to change batteries. People complain, and should likely just button up. Better yet, they could try to develop a similar product since they’re obviously smarter than than the maker. Anyway, yes, you might lose zero. Might. In my opinion, the only battery to use is 2032. While hardly a pistol red dot expert, if I see any other battery type, it’s a dealbreaker. When the bottom of society falls through you can find 2032’s. Good luck with other types.

I love Trijicon sights with Tritium in them, but not the RMR, and this is why. They tend to washout in bright sunlight, just like their rifle sights can. I have workarounds for the rifle sights.

I don’t use adjustable RMR sights due to personal preference. Mine are 3.25 MOA as this is the smallest dot available in this sight. There are many options for the RMR, these just happen to work best for me. The last time checked, this variant clocked in around $225 ish less than $700.

A couple other items and we’ll put a bow on this thing- first- the suppressor height sights. This will change up all your holsters, as will  the dot. There is exactly 1 source to learn all you need to know about dots and how good they are, and that’s Sage Dynamics. There are probably a hundred videos, and this will help you make good decisions. Do Not marry your irons and your dot. This is lazy, and will not go well for you at extended distance. There’s a fantastic video on that exact subject, Sage Dynamics.

Do Not attempt to use the red dot like a scope. The premise is simple- red dot is visible on vital area, press trigger repeatedly until threat is no longer.This applies to whatever tool the dot is on. That’s it. The advantage here is 1 focal plane on the right area, engage. It’s much faster than irons, and helps those of us with old eyes. If you have astigmatism- probably not for you. If you cannot/will not learn, or at least try to learn to shoot with both eyes open, also not for you. While red dots are not new technology, they’re fairly young on pistols. If you choose not to listen or learn, you will fail.

Here’s the last bit for now- it’s called “dot panic”, or “dot pinning”, I’ve heard both. What it means is that you look through the optic and fail to find the dot. The “panic” comes from the mad scramble to put dot on target and fire, and “pinning” comes from “affixing” the dot on the target. Pick whichever you want- both are easily overcame. It’s called practice. You don’t have to fire a single round, and verify the firearm is empty and any ammo is gone from the room. Set yourself up with small items, like playing cards, whatever, and work the dot over them. Press the trigger if you want- the gun’s not loaded.

Don’t even ponder carrying the new set up until you’ve got the kinks worked out, that’s just silly. Until Next Time, 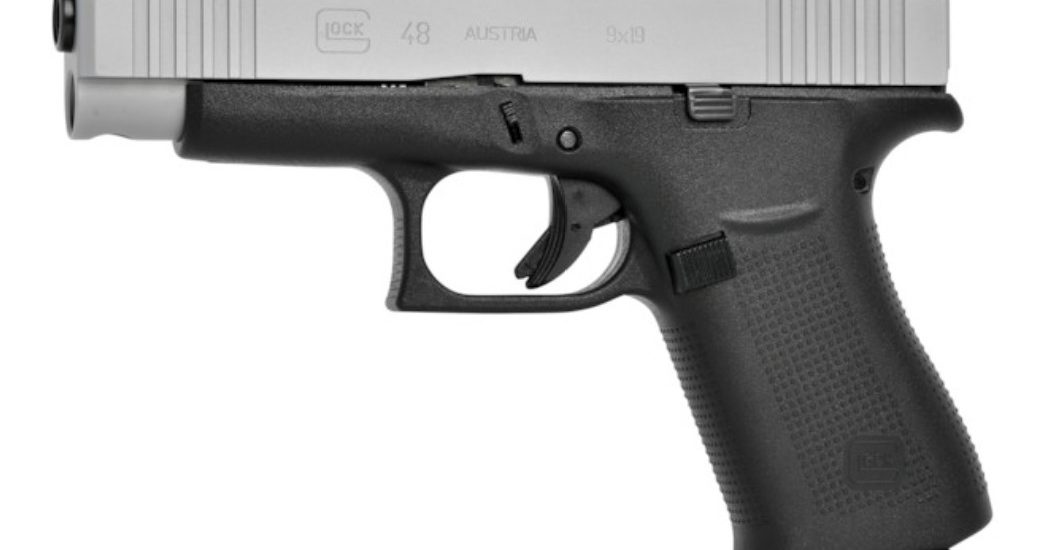 Seven Reasons Why I Chose the Glock 48