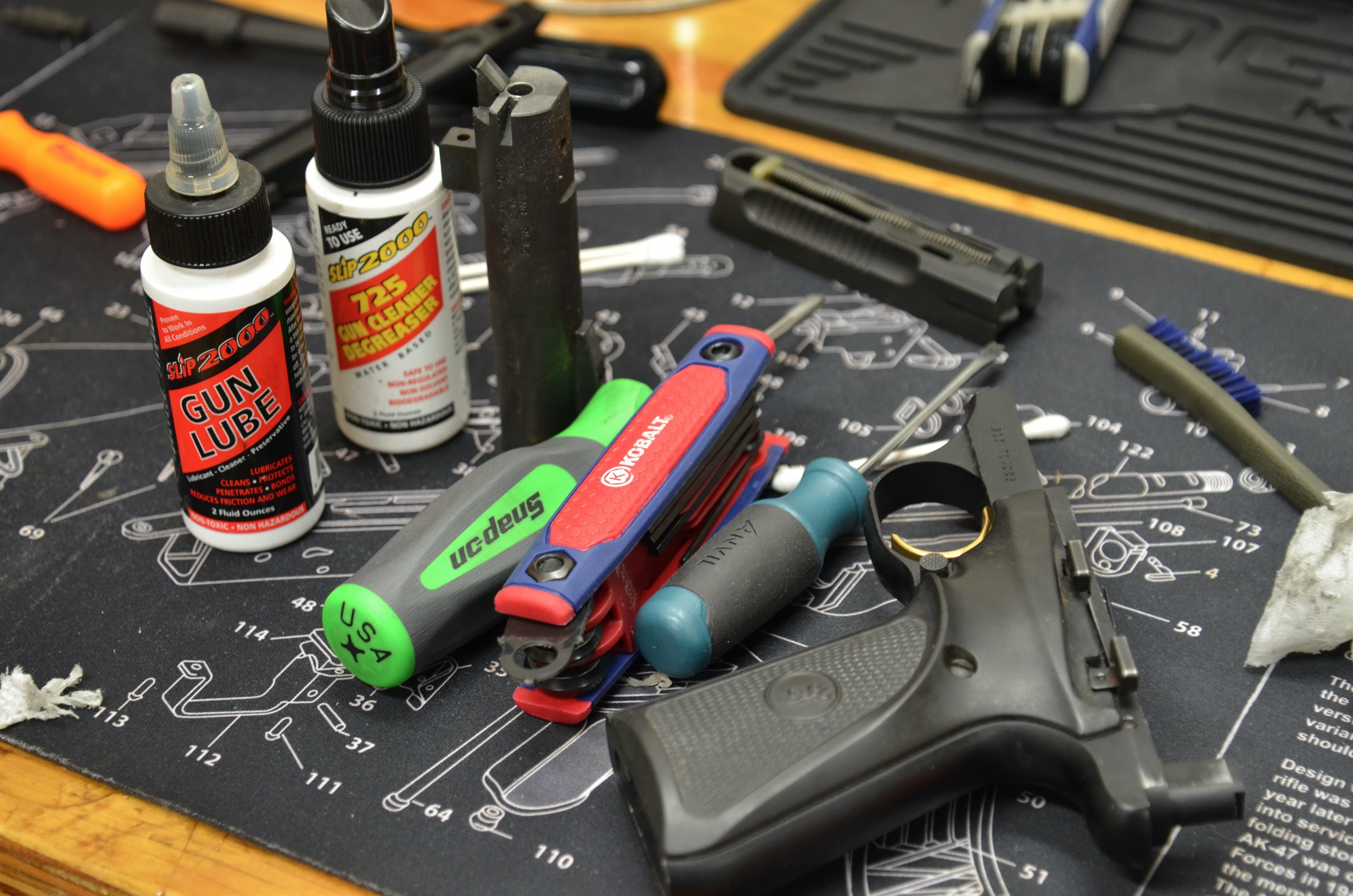 Very early in most everyones firearms learning experience we received “The Speech” the one that comes immediately after the safe rules for handling a firearm. The speech that outlines the positive attributes of a clean and properly serviced weapon and how critical it can be to your success on a hunt or in the line of duty. It’s a part of firearms ownership many of us dislike doing to be quite honest. I don’t think I’ve ever heard anyone get excited about cleaning and maintenance of any firearm or mechanical system, it’s something we do because we have to.

When it comes to weapons cleaning there are seems to be countless ways to do it and the same amount of opinions about it. There are diehard cleaning rod folks who sit around and moan over new gadgets like the pull through cleaning systems made by popular by the Hoppe’s Bore Snake or the Real Avid Bore Boss. There are the great arguments about what material bristle is superior to another. At the end of the day one thing is agreed upon. You need to remove carbon and lead build up from the barrels. Me personally I’m a huge fan of Hoppe’s Bore Snakes, easy and simple wet and pull and you’re 90% of the way to a clean weapon.

Now that we have all agreed on the fact that cleaning and maintaining a weapon is an essential but crappy fact of gun ownership lets break down what we need to remember when we are sitting down to do the nasty part of gun ownership. Below is a simple list, trying to not be brand specific as to not get into the “which lube is better debate”

The other aspect of cleaning is maintaining your weapons. That to me means having replacement parts for wear items such as springs for extractors, recoil systems magazines, buffers, as well as batteries for your optics. The key to this part is to have a healthy supply of a few parts like extractor springs for my AR-15, but not going overboard and having enough spare parts to build a hard dozen guns. You aren’t stocking up for a Mad Max scenario, you still live in the real world. A healthy balance is completely up to you.

Aside from keeping spare parts handy, keeping a select few tools packaged together such as an AR-15 armorers wrench and a small tool set and screwdrivers handy can be extremely advantageous. When I’m at home I actually went out and purchased a small tool cabinet from Lowe’s just for gun related tools and parts

I usually keep the following tools around or in a small case in my range bag just incase something happens during a range session. Your choices may be completely different than mine, and that’s ok.

When it comes to replacement parts I will admit I am a bit thinner than I would like to be. I generally have a few extractor rebuild kits, a spare buffer or two and maybe two complete AR-15 bolts in the drawer. That is partially because I run my AR-15 a good deal and history has shown me what I need. The rest of the rifles in my stable have never even hinted at needing replacement parts yet and I don’t honestly think about them.

When it comes to my pistols I also find I shoot certain ones much more than others so they get the lions share of the parts I have on hand, but even that is thin. My Browning Hi Power has a few extra magazines springs but thats about it, and my other pistols I have concerned myself with just having spare magazines rather than replacement parts. I’m not sure of why it just happened that way.

WORD OF WARNING ON PARTS

One of the major issues many people I know have with replacement parts if not knowing the average life expectancy of parts. This causes them sometimes to stock up on parts that may never wear out on them based on their shooting style. Consider the average 16″ AR-15 barrel has a life expectancy of north of 20,000 rounds. So when you begin to figure out what spares to have on hand, do yourself and your wallet a favor and do some research and be honest with your range time and shooting style.

We want to hear from you our readers, do you put the emphasis on magazines or on spare parts ? At what level do you get concerned about your ammunition on hand or amount of magazines to support your firearms collection ? Do elections play into your decision making process ?

Drop us a line and let us know.