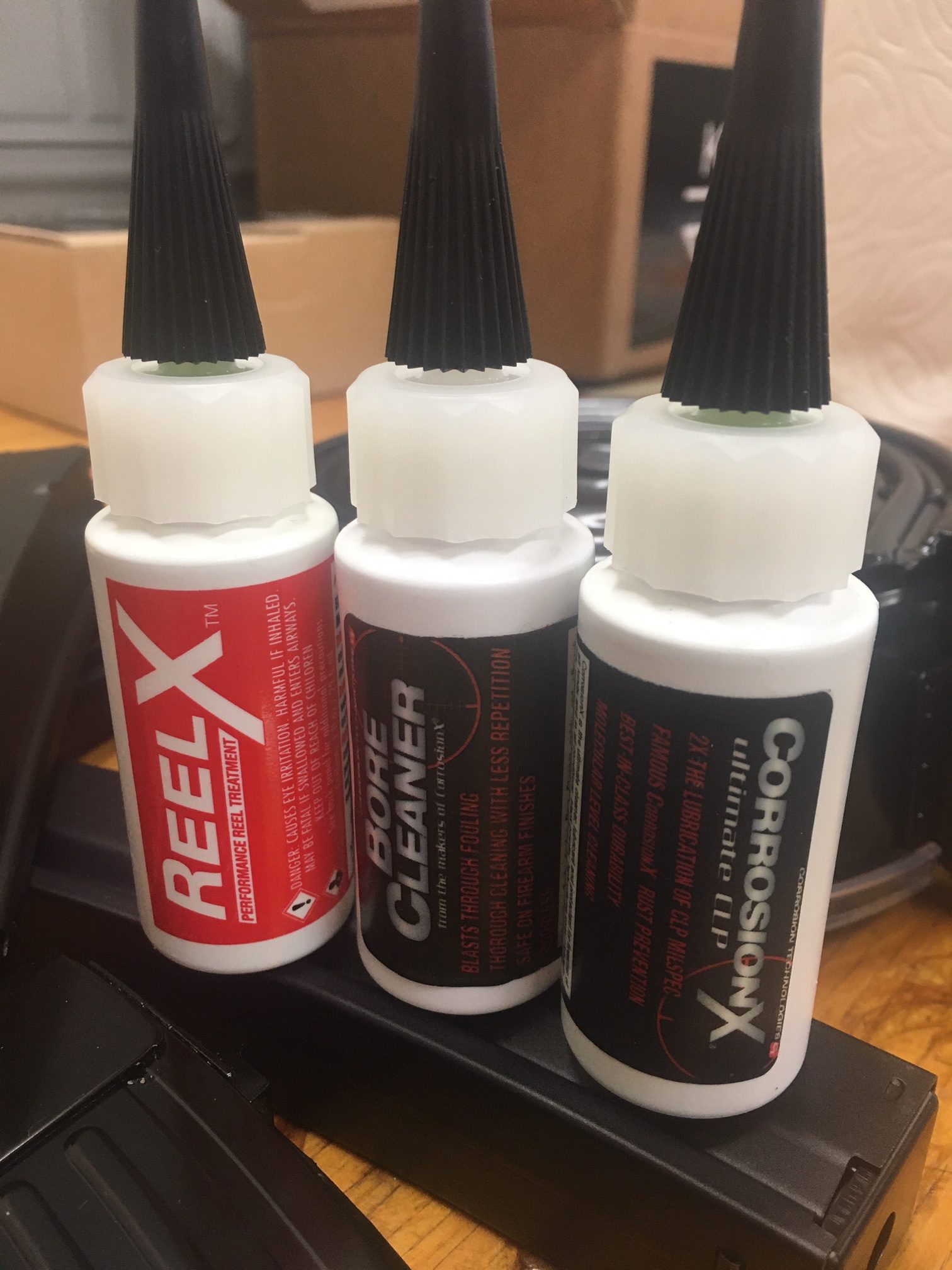 Corrosion Technologies is an American success story that started in Dallas, Texas in 1988 when a small start up company got into the world of aviation lubricate supply and distribution. Fast forward a few years and the company branched out into a wide range of products to provide anti corrosion formulas to the U.S. Navy, as well as the rest of the Department of Defense. In the last 30 + years the company has proven itself to continually innovated its product lines and the markets it supports.

When the company representing Corrosion Technologies asked us if we would like a chance to get our hands on some of the companies CorrosionX line of firearms lubricants and bore cleaners we happily said yes. When they offered to toss in the company’s ReelX product designed to be used on fishing reels we also said yes since it’s Summer in Alaska and that means Salmon and Halibut fishing season. What arrived was the following exact products.

CORROSIONX Bore Cleaner: Designed to remove multi layer build up in bores of all firearms to include blackpowder. Odorless and crystal clear this cleaner is safe on all materials including polymer. Available in volumes ranging from 1 oz to 1 gallon.

ReelX Ultimate Fishing Reel Lubricant: Designed to displace moisture, lubricate both metal and plastic reel surfaces without gumming up. This lubricant is used by United States Longcaster Fishing Team. These team routinely cast lines out to 250 yards as measure by laser not just the human eye. ReelX won’t harm polymers, monofilament and is free of any Volatile Organic Content (VOC) making it not just better for your gear but the environment as well.

Since I don’t fish at all I had to employ a 2nd tester and evaluator for part of this project. After talking to a few guys who loved to fish I chose a coworker I will refer to as Paul N to be our guinea pig for the ReelX segment of the evaluation while I stuck with the gun products on my pile of dirty nasty firearms to clean. The test subjects for the CorrosionX CLP and the CorrosionX Bore Cleaner were pretty varied in terms of makers and weapons styles. Let’s take a look at what we had to work with, and the round counts on each gun prior to cleaning.

As you can see we have a wide array of weapons and covered a-lot of styles minus a revolver which is unfortunate since a family member is borrowing my only revolver for a while. Our test guns had relatively low shot totals but it’s worth noting that I only clean the Browning once a year and I have never cleaned the Henry’s Repeating Arms lever action. My goal with the CorrosionX CLP is to use it as part of a year long test on our new Atlantic Firearms American built Romanian AK. This will provide us a nice look at a moderate to long term assessment of the lubricant well into the Alaska winter.

Application of the CorrosionX lubricants was pretty straight forward. The tapered tips with replaceable caps come from the company sealed to prevent any spillage and didn’t need a safety topper like other brands. The fact the lubricant comes sealed allows the end user to cut the tip to allow whatever rate of flow they like. I personally like to apply lubricant in very small amounts rather than over lubricate.

When I first applied the CorrosionX bore cleaner to my bore snake there is one thing that stuck out to me, or I should say one thing that wasn’t present that I noticed and that was an obnoxious smell or fume. There are people I know who love the smell of Hoppes lubricant, I personally wont use it or several other lubricants for a wide range of reasons, mostly because #1 I wont use cleaners that stink up my whole garage #2 As a cancer survivor and former USAF Civil Engineer I have cleaned up my share of kerosene, methyl-ethel-keytone, ethanol, and dozens of other chemicals with complicated names. So, I try to limit myself to just heavy metal exposure like lead and use proper cleaning supplies.

Having stripped my pile of guns and cut the tips on the bottles to the desired width I went to work. I applied the CorrosionX to the slides and wear spots to let it penetrate the carbon and did the same using the bore cleaner on the barrels and feed ramps with a Swab-It application brush. I waiting a timed 3 minutes and then broke out my trusted old toothbrush and blue nylon cleaning brush and attacked the slides on the pistols first.

To my shock most of the carbon and grime came off with the least abrasive brush and the CorrosionX, there were a few guns where I had to move to the brass brush to tackle the grime. The Dakota Tactical D-54 which is a domestic build version of the H&K MP5 always seems to need a little extra scrubbing no matter what. This time was no exception, but to be fair I had let that carbon set on the gun for about 4 weeks between cleanings so it was expected.

With the progress that was made on the pistols I decided to just do the lazy clean and use a bore snake with a few drops of the bore cleaner to each side. A quick yang of a string and I was left with a very clean shiny clean bore on all my pistols and even the MP5. Just to be sure I made a second pass and then ran a patch down the guns. The result, clean bores that were well lubricated with little if any residual grime, good enough for me.

A few drops of the CorrosionX CLP and the guns went back together with no issue whatsoever. I didn’t see the need to examine them much after this. All of the pistols and the MP5 were back in their safe and ready for another range session. With that our of the way I turned my attention to the two rifles that are part of the testing the Atlantic Firearms AK-47 and the Henry’s Repeating Arms .22 lever action. We chose to do the AK first since it was a much shorter process that I was well acquainted with.

Breaking down the AK and getting the residue from the 123 grain Russian Red Army ammunition out of it was a much-needed task. Most AK ammo leaves a fair amount of evidence behind and this was no exception. A few quick passes with a bore snake, some scrubbing with the brass brush and she was clean as a whistle.  Some work with a pick was needed in a few spots but nothing that was unusual. A little CLP on the bolt, locking lugs and both side of the internal rails. Just looking at the natural wear marks on your rifle should show you exactly what spots should get a little squirt of lube. Reassemble, final wipe down and she’s ready to rock, it’s an AK after all it will handle more than the average person will put it through.

The lever action Henry Repeating Arms .22LR, now that was a totally different beast all together. This was my first lever action I’ve ever kept long enough to need a cleaning and to be honest it took several videos, some swearing and a lot more time than I thought it would take. The Henry was a mess to be and took the most time and care in terms of disassembly and cleaning. This rifle had seen a lot of .22 LR ammo through it before I put my 160 through it and it showed. It was an endeavor that was much needed

Come to find out there are in fact a lot of lubricating points that needed attention on this rifle than I expected. Each of the wear points was scrubbed, wiped down and inspected. Seeing no damage or issues I painstakingly lubed and reassembled the rifle in the appropriate reverse manner. The final step was to reattach the stock, reinsert the cleaned ammunition feeding tube and ensure I was ready for another day on the range.

The CorrosionX products we used all performed very well as to be expected with no issues in terms of obnoxious smell or unwanted lubricant running all over the guns or the workbench. They all did exactly as advertised they removed annoying carbon build up in a manner that was fast and required minimal effort. Doing it without burning my nose, stinking up my garage was a huge bonus for me. So the real question is would I use my own money to buy these products when I need more lubricant, A resounded YES is my answer and let me explain why.

The CorrosionX family is packed full of technology that I can’t comprehend because Im not a chemist but it works and works fast is all I need to know. It’s been tested against standards that I will never come close to approaching and passed with flying colors and that’s good enough for me. All that aside I really like the fact you can buy the products in bulk and then transfer it to the smaller 1 or 4 fluid oz bottles. Also the addition of 16 and 32 fluid oz spray bottles makes application on larger surfaces an easy task as well.

We have really enjoyed testing these three products and will be ordering some with our own money to resupply our personal cleaning stash. Our fishing tester Paul N has been out on the lakes and rivers of Alaska and reports that the ReelX lubricant is performing flawlessly on his reels in both salt and freshwater. We want to take a moment to say thank you to the staff at CrossionX Products for allowing us learn about and evaluate your products.

The products tested can be ordered from the company web sites listed below.

MORE BEFORE AND AFTER 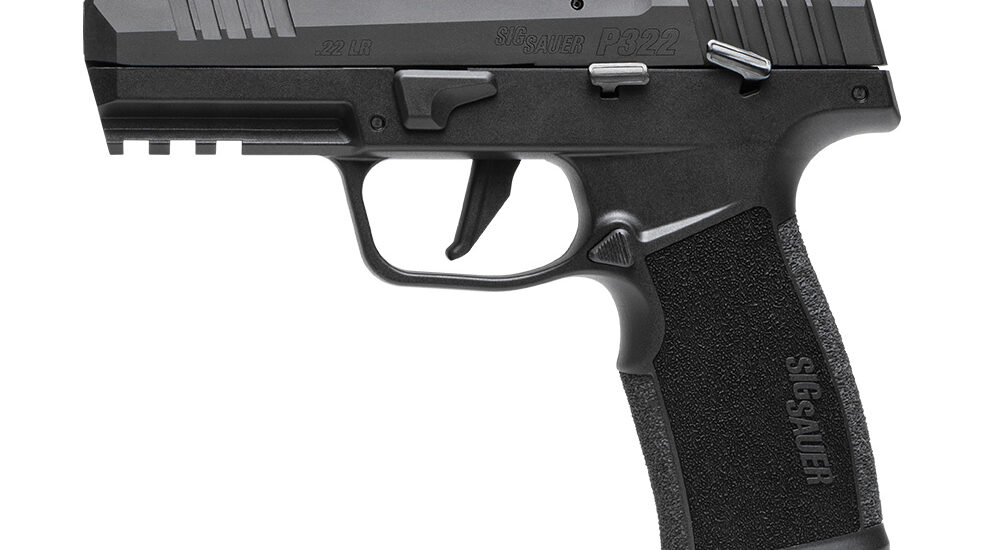 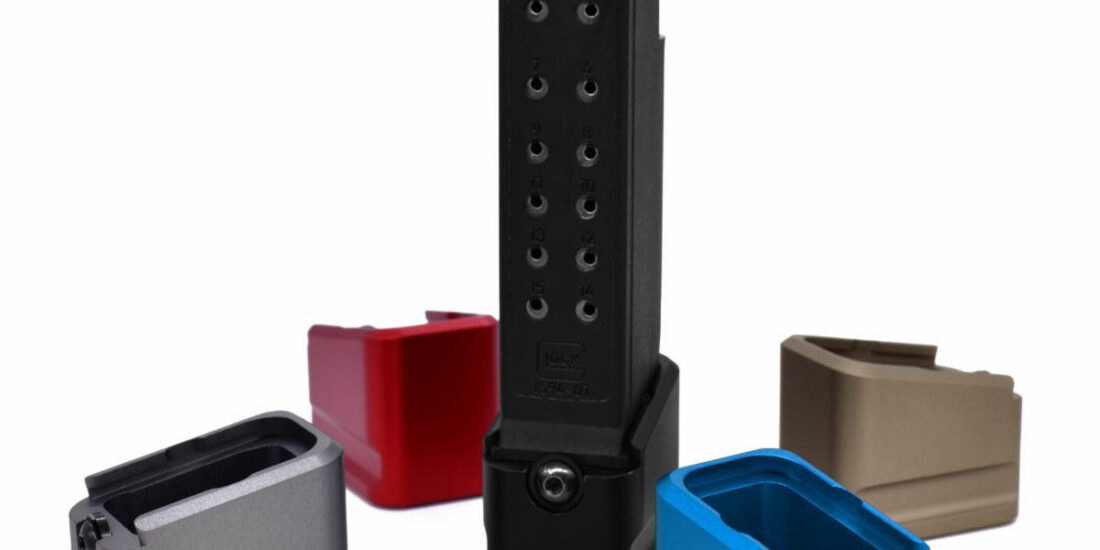