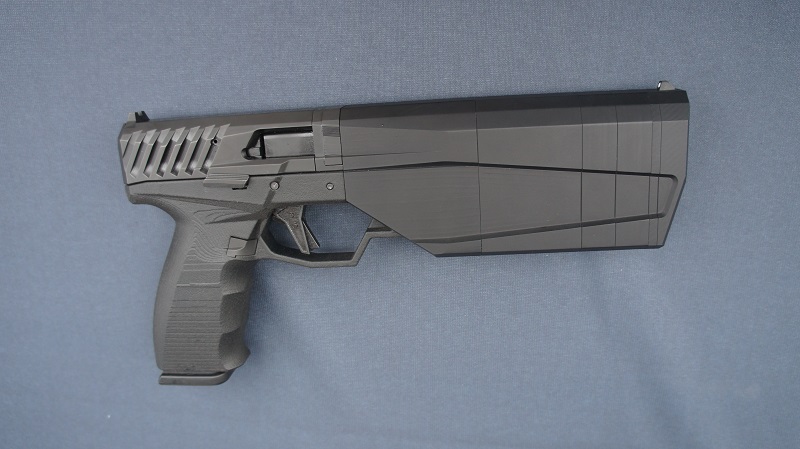 SilencerCo’s Maxim 9 is a truly innovative design. The first practical integrally suppressed handgun lives up to all of its hype.

Even though I had previously handled and shot the pistol, when I took delivery of mine, I was once again amazed at the weight, balance and feel of the gun. Seeing the final production version, it is even more sexy than the prototype I shot previously. Honestly, I couldn’t wait to get to the range with it, but needed to do a detailed inspection first.

Now I like big guns, I cannot lie; my daily carry for most instances is the RIA Tac Ultra Series 1911. It is by no means a small pistol and the Maxim dwarfs even that. But it is lighter and the balance is actually more pleasant than the RIA. The center of gravity is in and above the hand as the baffles are all aluminum at the end of the muzzle.

Here are the stats for the long configuration:

The pistol is equipped with three keymod cuts on the bottom for a light and a cut out with cover on the top for an RMR. The Trijicon RM06 would be my personal preference for this beauty. It ships standard with the short rods to do the short conversion (9.54” length and 139.9dB with 147gr ammo), two Magpul PMAG 17 GL9 magazines, the allen wrench, and an exceptionally detailed and well written manual, and beautiful box. SilencerCo killed it on the overall package.

The feel of the pistol is very similar to the 1911 in the grip angle and size. In fact, I put a caliper on it and the grip width at the widest point, and the distance to the face of the trigger from the back strap is within a millimeter of my RIA 1911. No wonder I like the way it points and feels so much. The trigger is very stiff and breaks at a rated 5.5lbs, but mine tested heavier on each sample and it takes bit to get used to. Reset is nothing special or unusual.

At the range, it obviously created quite a stir. The weapon looks like something from a SciFi movie, and has a nice, unique sound to it. In all we ran over 500 rounds of all types through the gun without a single hiccup. The recoil impulse is extremely pleasant, almost non-existent.

The slide is a very small section above the hand and the counter balance of the baffles make follow up shots extremely fast and smooth. I took another military trained shooter and 3 civilians with me to gather their overall impressions and they were all quite impressed with the way it shot compared to the traditional 9mm Sigs we were shooting with it. In short, everyone loved it.

Accuracy was quite good as well. Both on rapid fire and slow aimed fire the pistol pointed very well for me and the sights line up nicely. The grouping at 10m from two magazines was just a hair left but that is easy enough to adjust. This picture shows a group from two full magazines of 9mm ball, it’s my fault that it is so big.

During shooting, there is remarkably minimal blowback between the slide and frame which is another hallmark of shooting suppressed weapons. Only during rapid fire was any detectable and that was a very small amount compared to other suppressed pistols and semi-auto rifles I have fired. The larger than usual blast chamber obviously plays a role in this, but I think the tolerances and design do as well.

One issue worth noting; the flat side frame sections at the back of the suppressor do get rather warm to the touch after extended shooting. All of us noticed that after a few 10 round magazines that these panels were getting seriously warm. Of course, excess heat is a byproduct of using suppressors, but this did not give anyone cause for alarm nor do I worry about the durability of the polymer frame when using the pistol for a prolonged period of time.

A note on the slide of the weapon. The slide serrations on this weapon are extremely aggressive. They are swollen in the center to better fill your hand while releasing the slide, but the edges of them are quite severe. This makes the releasing of the slide very simple, but if you were to take one of these and do a traditional shooting class with it you would definitely want gloves.

This is not a typical pistol that many would use in a defensive handgun roll, and it is rumored that a few hundred of these have found their way or are on their way into government hands for use with special teams. Knowing that SilencerCo couldn’t or wouldn’t confirm this, I have not bothered to ask anyone in the company, but frankly it makes a lot of sense as a replacement for the H&K MK 23 or a pistol with a detachable suppressor. Having shot the MK 23, this is a much nicer shooting pistol, a smaller package, and considerably lighter overall. I hope that our men on the front lines get these made available to them, this is a serious pistol and would be a good candidate for serious work.

This would also make sense to the Law Enforcement crowd for a number of applications. I know many people are hyper sensitive to the militarization of our police forces, and understandably so. But carrying a suppressed weapon such as this can be used to put down an injured animal, and an officer involved shooting the internal suppressor can help reduce or eliminate the hearing damage and problems with communications post shooting. Given the cost of each one this is by no means a cost effective solution but for SWAT and SRT units they make a great deal of sense.

The manual says to do a detailed cleaning between 500-1000rds, so I tore it down most of the way for further detailed inspection and cleaning when I got home. It is remarkably simple to do. Push in the button on the back of the slide and swing up the recoil rod release. The slide goes back and off. The baffles are held in place with the long rods that the supplied allen wrench easily pulled out. The baffles just come apart for inspection and cleaning.

Now after 500+ rounds, the inside was surprisingly clean! The mags had the traditional residue that you expect from a suppressed weapon but a squirt of carb cleaner washed that right away.

Before (Notice the two recoil rods extending from the front of the slide face on the left in the picture and the recoil rod lock extended behind the suppressor.)

After The suppressor was scrubbed briefly with CLP, then rinsed and wiped away. I could have taken more time and gotten them back to like new condition, but was too anxious to begin this review! The rest of the weapon was cleaned in the traditional method and a 9mm bore snake given two passes and the barrel with bright and shiny again. For such a complicated design, this pistol is extremely simple to clean. I did not pull the action from the grip this time (though it is remarkably easy to do with a 5/32 punch), but will after the endurance test I plan on doing in the next few weeks.

Obviously, this weapon won’t fit into any nylon holster currently available. I lucked out and found a US Cavalry holster that is a few decades old that was designed for the 1911 and the first generation, HUGE tac lights. Surprisingly it fits quite nicely in that, but the holsters design is rather poor overall.

Knowing that the end user would need to carry this in something other than the box it came in, SilencerCo has partnered up with a few manufactures to produce several different was to carry this beast. I have a couple of them coming as well as the optic mounting plate, light rails and additional mags for the endurance test coming. I will do a detailed review of them as part of the endurance test. Until then, you can find them on the SilencerCo website.

Removing the last two years of hype and anticipation from the entire issue, I am quite impressed with the design, build quality, ergonomics and suppression level of this weapon. It is actually a significantly improved version of the prototype that so many of us have shot. This would make a fine addition to anyone’s silencer collection and the cool factor is very high. But with the design and little features of the pistol as detailed above, I cannot help but thing this weapon was designed with a more serious end user in mind. After my endurance test I will be able to give a better assessment of the weapons durability, but so far it is off to a great start and it has impressed me greatly. If you are a silencer fan or want something that is a real departure from traditional designs than I would highly recommend the Maxim 9. Look for a part two in a few weeks for the endurance test and its results. 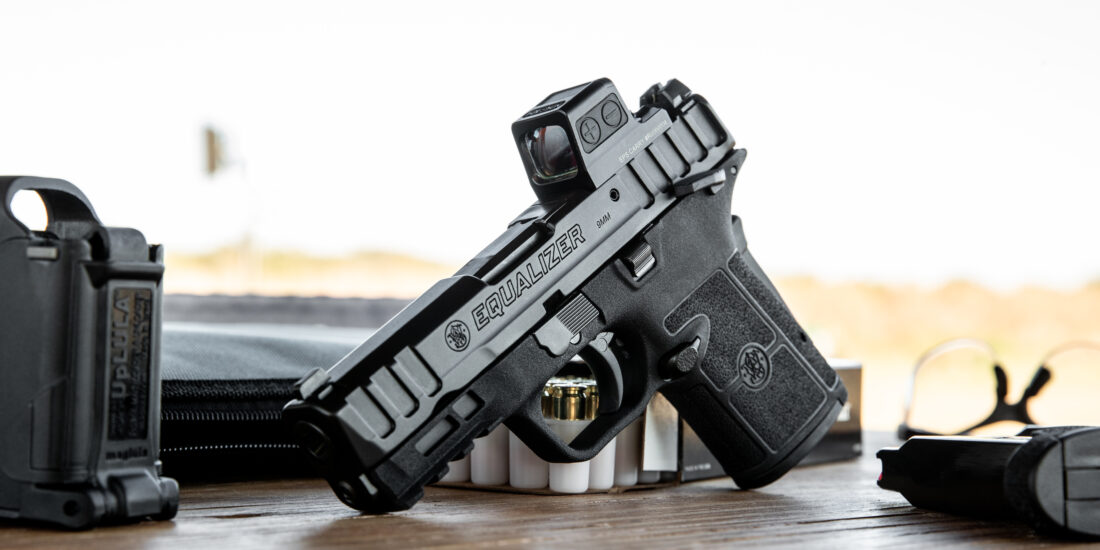 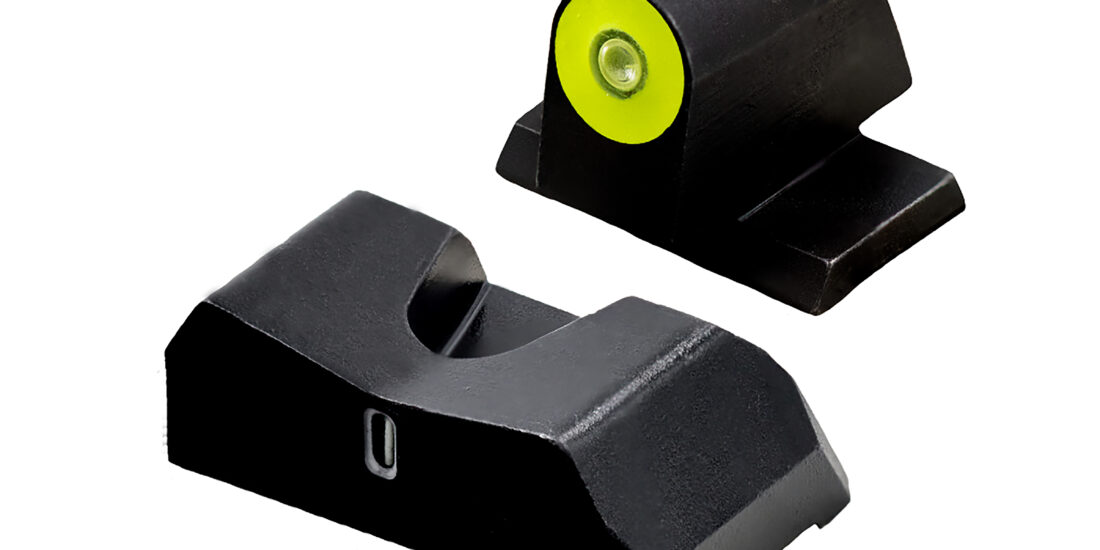 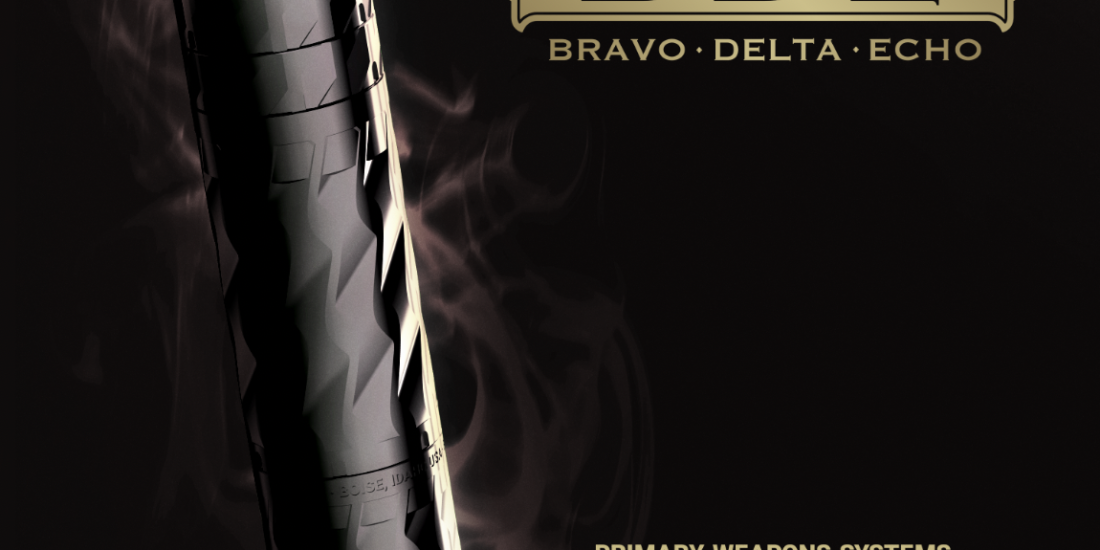