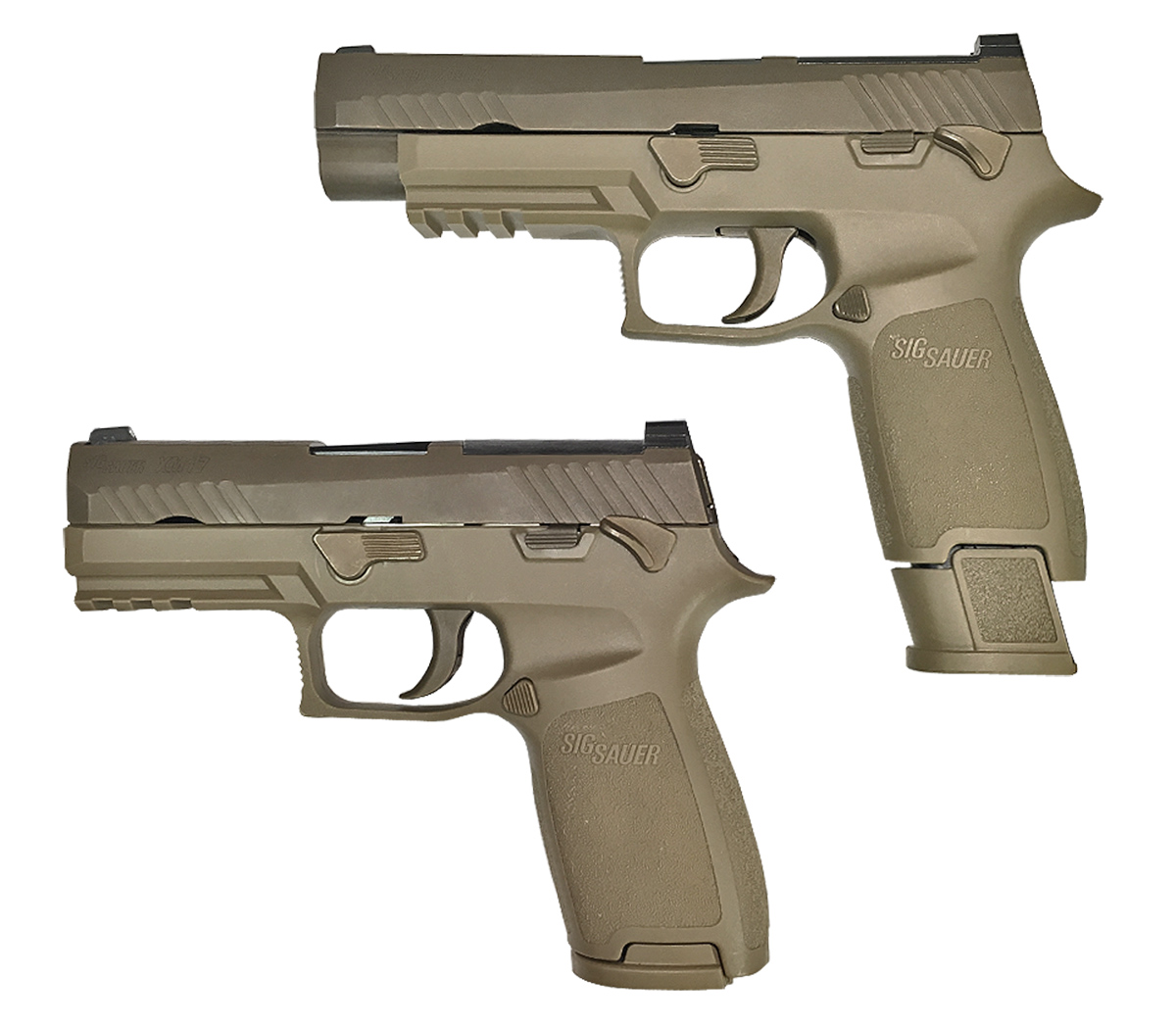 After one of the most rigorous and highly competitive selection processes in the history of military firearms, SIG SAUER was awarded the Modular Handgun System (MHS) contract for the full-size M17 and the compact M18 with the P320-based pistol platform.

Both the M17 and M18 pistols have been adopted by the Army, Air Force, Navy, Marine Corps, and Coast Guard. The MHS contract calls for delivery of 480,000 pistols over a period of ten years. To date SIG SAUER has delivered over 20,000 pistols.

Another variant of P320 was selected as the duty weapon of Department of Homeland Security (DHS) Special Agents after extensive testing. It is currently being fielded in border offices. 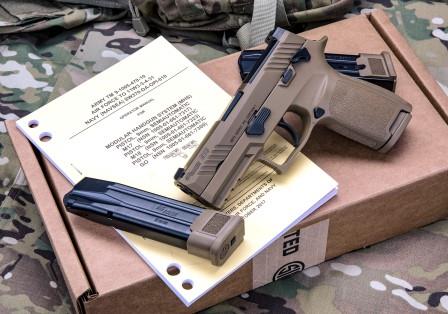 Under the Modular Handgun System (MHS) contract, the M17 and its compact variant, the M18 require MHS Material Reliability Testing at certain intervals. Lot Acceptance Testing normally tests handguns to 5,000 rounds and allows up to 12 stoppages to achieve a passing grade.

In the latest MHS Material Reliability Test, the Army fired three M18 pistols 12,000 rounds each with no stoppages of any kind. That wasn’t enough, after this strenuous testing those same poor M18s had to pass a parts interchange test, meet stringent accuracy and dispersion requirements, were tested for firing pin indent and trigger pull measurements to ensure consistency, and conformation to published workmanship standards.

This was not a SIG SAUER test. It was conducted by the U.S. Army with Soldiers shooting military ammo. There is no waffle or spin here, just tedious performance.

Director of Operation Testing and Evaluation (DOT&E) is an independent review and analysis of the U.S. Department of Defense weapons systems. Their recently published Annual Report states that “the MHS meets or exceeds requirements for accuracy, lethality, ergonomics, and safety” claiming that, “both the XM17 and the XM18 are operationally effective and suitable.”

“The results of this testing for the M18 pistol is
truly impressive. The M18 withstood the harsh testing and performance requirements set forth in the MHS contract and has set a new standard for reliability in service pistols.

For this testing the U.S. Army set very high standards for quality and performance, and at SIG we relish the opportunity to meet a challenge and exceed expectations. The performance of the M18 not only surpassed the U.S. Army’s testing requirements, its performance was simply outstanding and nothing short of perfection,”

I have been to the factory and seen the M17 and M18 assembled. I have fired several thousand rounds through variations of the P320 including the P320-M17. The test results are amazing, but they don’t surprise any one who has time with this gun. It is an incredible design which is coming into its own.
Photos courtesy of SIG SAUER 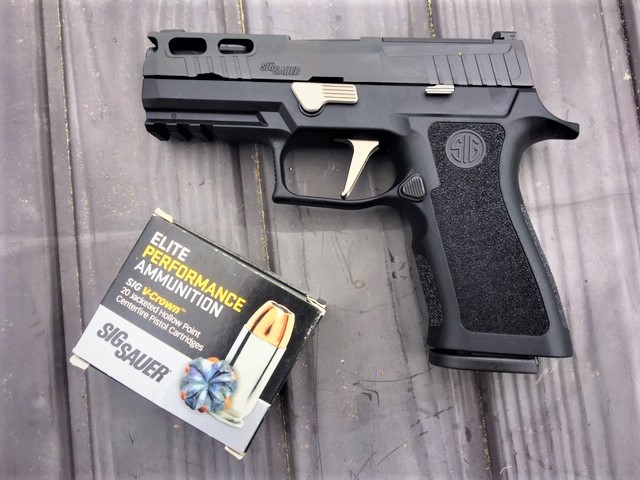 Twenty Things You Should Know About the SIG P320

I have been working with the SIG SAUER P320 since it came out. I have learned some 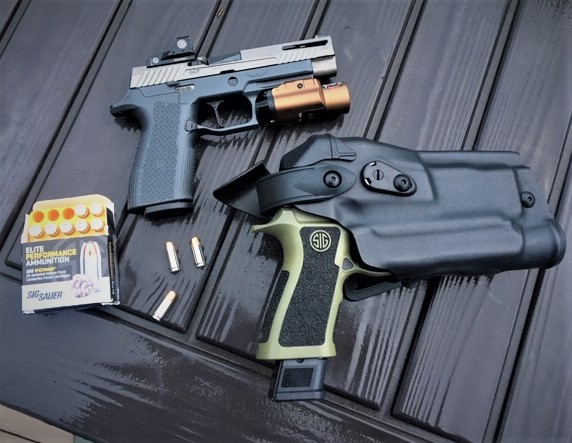 Better Than OEM! SIG P320/MUP Upgraded NP3 FCU Parts Kit is Back in Stock at SmallGunParts.com

In these days of shortage it is nice to find something available. New In Stock and Ready 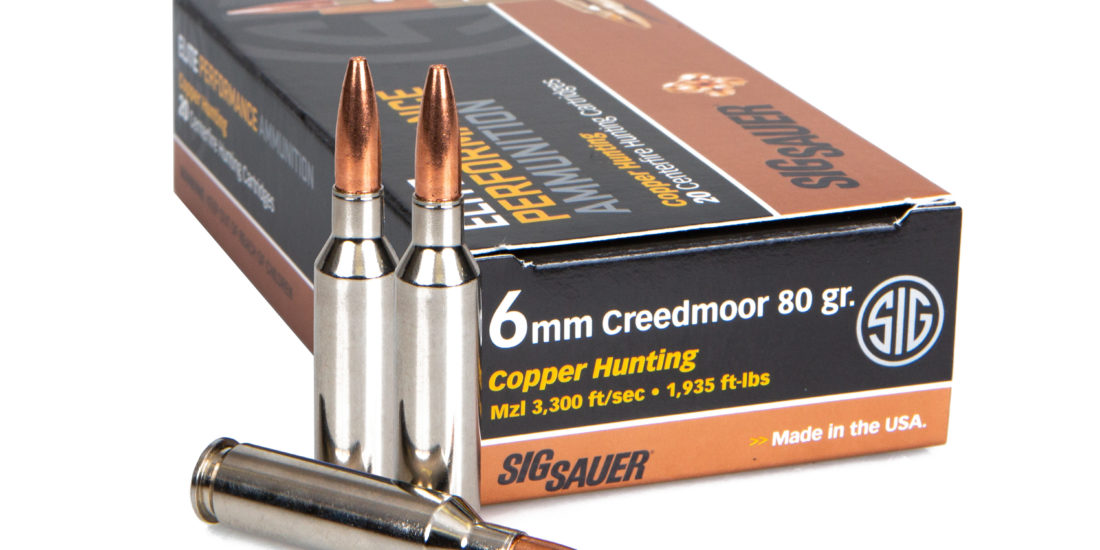