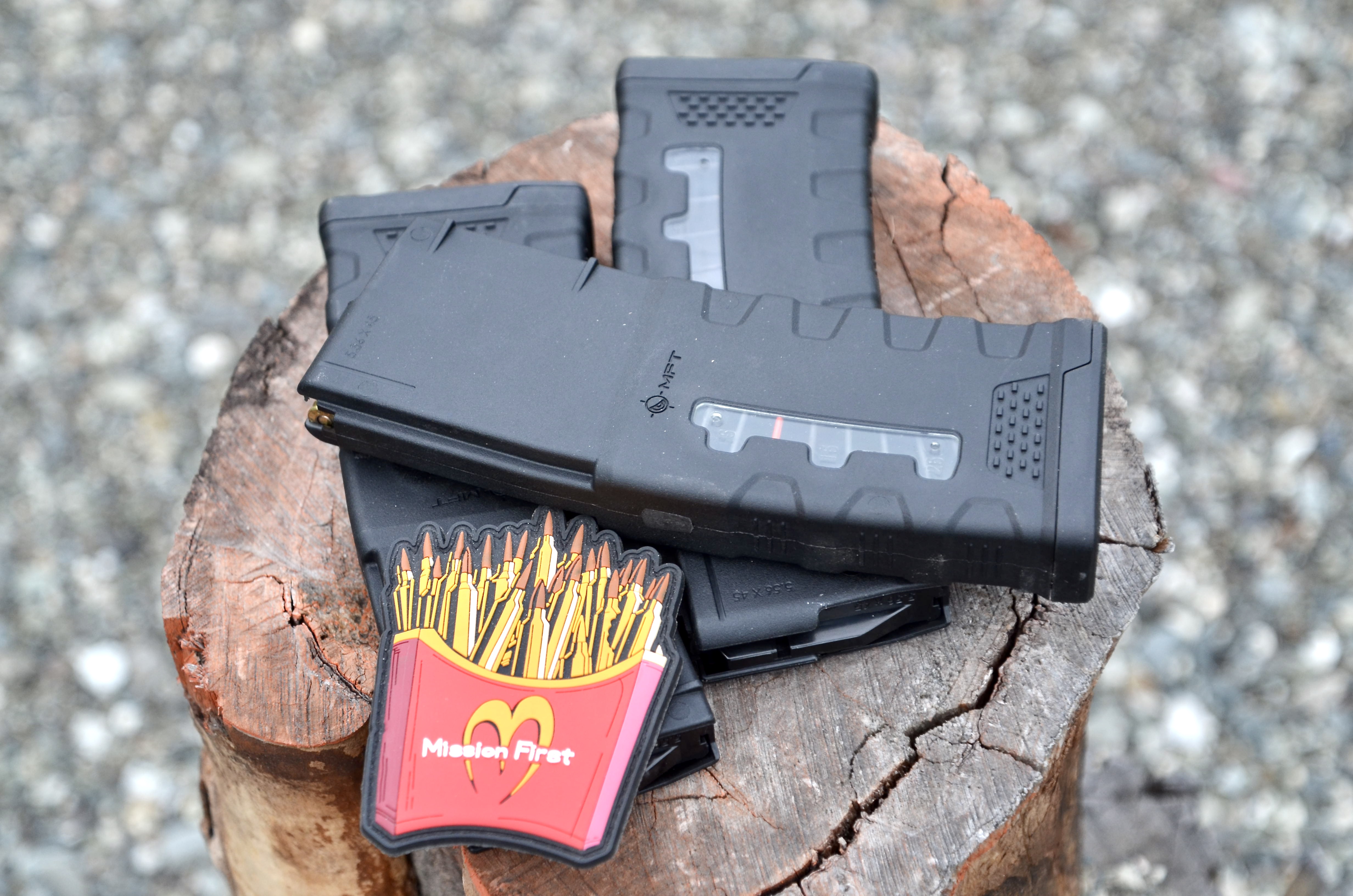 There is hardly a gun that is more polarizing yet captures the essence of being an American gun owner like the AR-15. In recent years thanks to the law of supply and demand they have dropped in price and nearly everyone owns at least one. With that many rifles out there the next logical step is to wonder what magazines to pick up for your new range toy. That’s where Mission First Tactical and their new Extreme Duty Window Magazines come into the picture.

Mission First Tactical is a Horsham, Pennsylvania based manufacturer that we have featured here on the site before. As a refresher I will say they make a wide range of excellent products from lights and holsters to pepper spray and rifle accessories including our featured product the Extreme Duty Window Mag for your favorite AR-15.

The company was carefull to ensure that this new polymer magazine remain affordable and be useful across a wide range of rifles that use the STANAG pattern magazine. These include popular rifles such as the CZ Bren, the FN SCAR, Kel Tec RDB, and the IWI Tavor. The other key criteria that Mission First Tactical set for themselves was increased reliability across all those pattern of rifles.

The technology behind the design is a closely guarded secret but the team at MFT did say that say this little nugget of information. The long strand glass fiber polymer allows increased stiffness of materials and aids in the magazine maintaining its integrity across a wider range of temperatures and conditions. We are currently soaking one of the magazines in a bucket of water in a series of sub zero Alaska winter days and will begin testing very soon.

The company chose to use USGI spec stainless steel springs in the Extreme Duty Window Magazine to further enhance reliability in all conditions. They also made sure each magazine uses a four way anti tilt self lubricating follower to greatly reduce the chances of jamming or misfeeding. All this technology and reliability and it comes and with no extra weight.

One interesting note about this magazine comes straight from the name, Extreme Duty Window Magazine. This magazine features a window on each side allowing users to check the amount of rounds remaining. There are clear markers for when the user has 5-15-25 rounds remaining. One added feature is a nice easy to see bright orange indicator on the stainless steel spring for easy identification in case you don’t have time to leisurely check your round count.

The front and back edges of the magazine feature easy to grasp indentations to help the users index the magazine as well as horizontal texturing. This is especially nice for training and using the magazines when they are wet from sweat or water.

Whenever I get MFT gear sent I get happy, I have yet to see one of their products that doesn’t exceed my expectations and offer great quality, design and durability at a price point that the average shooter can afford. I’m glad that the team at MFT once again delivered on the sterling reputation they have earned over the past few years in the firearms industry.

The Extreme Duty Window Magazine is packed with great technology and features at a low price point while pushing itself into the front of the pack when it comes to AR-15 magazines. There are more than eight manufacturers of AR-15 magazines that I can think of and for my money the Mission First Tactical offering should be at the top of anyones list.

The demo products we received were free of any unsightly problems with molding, or coloring and the fit and finish was some of the best we have seen in a while. It really will be a shame when we have to begin drop testing once we break the magazine out of it’s ice block coffin. The magazines not frozen in ice have operated during our 300 round mini test session absolutely flawlessly using a fine combination of the terribly cheap and dirty Wolf ammo and higher quality American Eagle 62 grain green tip ammo.

Our verdict (before heavy drop testing and ice block tests are complete) is that the Mission First Tactical Extreme Duty Window Magazine is a no brainer “Must Have” for any AR-15 owner. A magazine that features a low price point, stainless steel springs, anti tilt follower, combined with an easy to see round indicator and made in the United States , by Americans for Americans is almost too good to sound real.

When you stack it up next to other windowed polymer magazines the MFT magazines really make you wonder why others are charging up to $10 more per magazine and are built overseas. It makes our endorsement that much easier to comprehend. In short, if you find yourself needing more polymer AR-15 magazines you really need to get more bang for your buck and pick up a 6 pack of the new MFT Extreme Duty Window Magazines.

Available at these retailers